50% of business leaders have cautious view of Japan’s economy, Yomiuri poll of executives at 30 firms 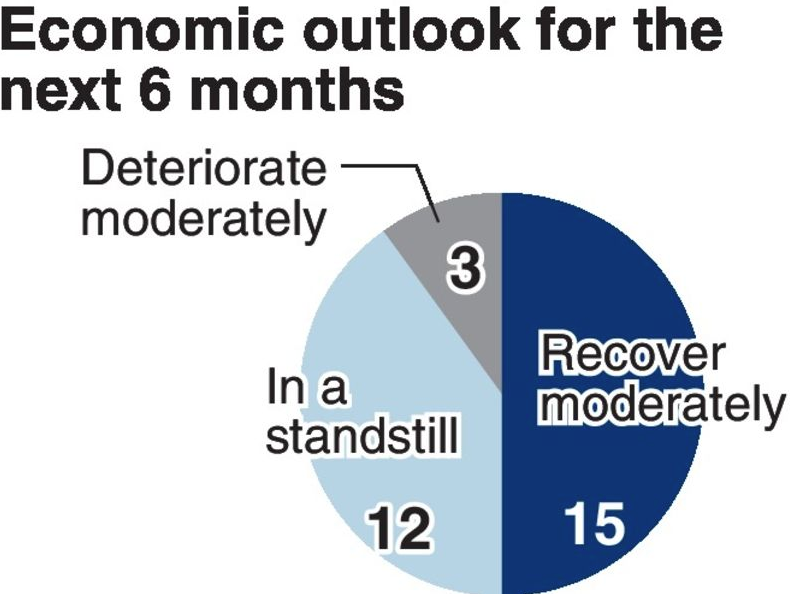 Half of the heads of the nation’s leading companies have a less than positive outlook on the economy for the next six months or so, according to a Yomiuri Shimbun questionnaire survey for the New Year.

These survey results show that the views of Japanese business leaders are divided amid uncertainty over the global economy. In a previous survey from a year ago, 23 of the respondents said the economy would experience moderate recovery while seven felt that it would be in a standstill.

When the 15 executives who said the economy would either be “in a standstill” or “moderately deteriorate” were asked to identify factors behind the economic slowdown in the latest survey, “mounting trade friction between the United States and China,” and “sluggish personal consumption” were each chosen by eight of the executives. Multiple answers were allowed for this question.

When the 15 leaders who expected future economic recovery were asked about the factors behind their views, again with multiple answers allowed, 10 cited “recovery in capital spending” and eight cited “recovery in personal consumption.”

Whether there is an improvement in consumer sentiment, which continues to be weak due to the consumption tax hike in October last year, and how U.S.-China trade friction unfolds will likely decide the course of Japan’s economy this year.

In the survey, 16 of the respondents expect the weakest value of the yen to be around ¥110 to the dollar, while 22 said its strongest value would be around ¥105.

The survey was conducted in December via direct interviews or paper questionnaires.