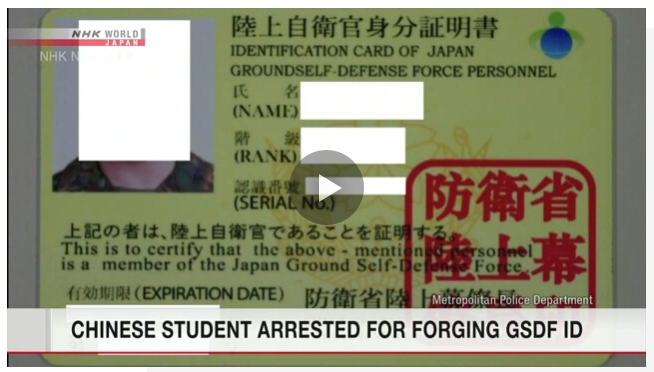 The student was carrying the fake ID when police questioned him in Tokyo last October. Investigators arrested him on Tuesday. They say his photo was on the card, but that the name on it was not his.

The GSDF says it has not confirmed whether he entered any of its facilities.

The suspect has told investigators he had the ID to play the role of a Self-Defense Force member in a survival game.

He also said he had the card made by a Chinese person he became acquainted with through an online chat site, but denied intending to pose as an SDF member.