60th anniversary of the Japan-U.S. Security Treaty: China’s emergence is the largest challenge 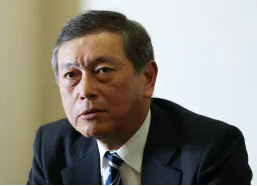 Jan. 19 marks the 60th anniversary of the Japan-U.S. Security Treaty. Nikkei asked both Japanese and American experts about the anniversary.

Question: How would you evaluate the Japan-U.S. Security Treaty?

Saiki: With the treaty and security arrangements as the foundation, the Japan-U.S. alliance has been maintained. Bearing in mind national interests, Japan’s successive administrations have made correct choices through that process.

Q: The alliance is now being viewed in a variety of ways.

S: In the first place, the alliance is for military cooperation and mutual assistance. It would not exist in the absences of these. Most Japanese have no experience of war. In what way do they understand the importance of military ties? In order for them to have a greater appreciation of the importance of the alliance, it is essential for them to understand that the security environment surrounding Japan is becoming harsh.

Q: Responding to a new threat is a challenge.

S: I believe the alliance also safeguards fundamental values and systems such as the freedom of thought and speech, respect for human rights and a society where free and fair competition is guaranteed. Security needs both “the pen and the sword.” The pen is diplomacy and the sword is defense capability. Striking a good balance between the two is important.

We live in an era of volatile multipolarization. With advances in technology, competition for dominance in the domains of space and cyber is underway. Measures to respond to threats posed by non-state actors are also necessary.

Q: Tensions are rising in the Middle East. Japan and the U.S. differ over how to respond to Iran.

S: The U.S. fully understands that Japan and Iran maintain a good relationship. Washington may not say so directly to Japan. However, it is certain that the U.S. regards Japan’s connection with Iran as very important and expects Tokyo to contribute to easing tensions.

Q: How do you view the significance of the Japan-U.S. alliance in Asia?

S: Since the Soviet Union’s collapse, China now presents the largest challenge requiring Japan’s attention. It is certain that Asian countries regard as a threat China’s remarkable emergence as a military, economic and technological power. Countries in the Asia and Pacific regard the Japan-U.S. alliance as an effective means for preventing China from becoming the dominant power in the region.

It is certain that the Japan-U.S. alliance is having a positive impact on Asian countries’ awareness of China. It is natural for Japan and the U.S. to keep China in check through deterrence backed by strong resolve and strong capabilities. During 2019, China intruded into Japan’s territorial waters on 32 days and entered the continuous zone around the islands on 282 days. Japan is taking an increasingly dim view of China. Chinese leader Xi Jinping will visit Japan. What is required for the people of Japan to welcome him? Beijing should humbly think about that.

Q: The Trump administration is demanding that Japan bear a greater share of the cost of stationing U.S. forces in Japan.

S: Japan pays about 75% of the cost, which is more than any other country. If the U.S. unreasonably demands a four-fold increase, Japan should flatly refuse to pay.

Japan may not bear exactly the same level of military burden as the U.S. does, but Tokyo shoulders a proportionate burden in other ways. If Japan were to stop providing bases to the U.S., Washington would be put in a very difficult situation.

Q: What are the future prospects of the alliance?

S: An alliance cannot be built all of sudden. Looking back on the 60-year history of the Japan-U.S. alliance, it has gradually matured and mutual respect between the peoples of both countries and their understanding of the alliance has peculated down to the grass roots level.