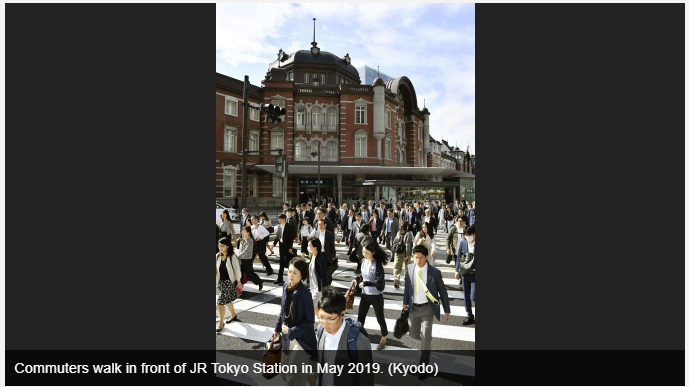 TOKYO — Japan is expected to miss the target of achieving fiscal consolidation in fiscal 2025 as the government’s latest projections showed Friday the country will continue to run a deficit when debt payments are excluded even under the most optimistic growth scenario.

Japan’s primary balance — tax revenues minus spending except to pay interest rates on past debt — is expected to still be in the red to the tune of 3.6 trillion yen ($32.6 billion) in fiscal 2025 due to decreased tax revenues amid a slowdown in the global economy. The projected deficit is even higher than the government’s estimate of 2.3 trillion yen last July.

A delay in improvement of the primary balance was forecast despite October’s consumption tax hike to 10 percent from 8 percent, as the government believes the global slowdown will hit businesses and reduce corporate tax revenues, according to the estimates presented at the Council on Economic and Fiscal Policy.

The world’s third largest economy has been struggling to improve its fiscal health, the worst among advanced economies, amid ballooning social security costs including pensions and health care, stemming from the country’s rapidly graying population.

Under a scenario assuming Japan will achieve 2 percent growth in real terms and more than 3 percent in nominal terms in fiscal 2023, Japan would attain a primary balance surplus in fiscal 2027, as predicted in July.

However, the estimated surplus in the year ending March 2028 was reduced to 300 billion yen from the 1.6 trillion yen in the July projection.

If Japan’s gross domestic product growth remains at the current level of around 1 percent both in real and nominal terms, the country would have a primary deficit of 8.2 trillion yen in fiscal 2025, according to the latest projections.

The semiannual estimates showed inflation would reach the Bank of Japan’s 2 percent target in fiscal 2023 under the rosiest scenario, unchanged from the projection last July. In the event of slow economic growth, the BOJ goal would not be achieved even in fiscal 2029.