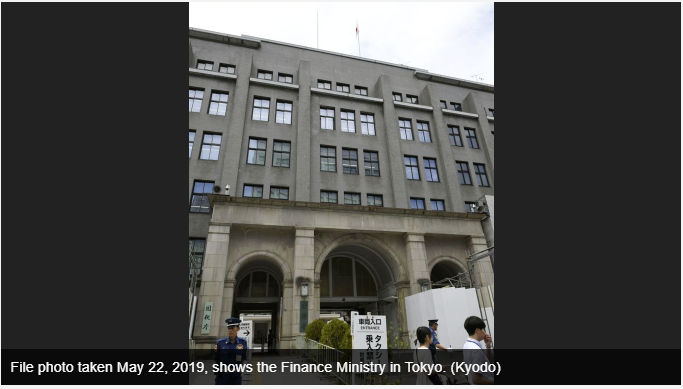 TOKYO — Finance Minister Taro Aso on Monday pledged to put Japan on a path of sustainable and private sector-driven growth, by increasing productivity and revitalizing the world’s third-largest economy amid a rapidly-aging population.

In a speech on the first day of the ordinary Diet session of 2020, Aso also underscored the importance of ensuring fiscal health so the government can build a social security system that would benefit all generations.

He vowed to redouble efforts to achieve the target of a primary balance surplus by fiscal 2025, as well as improving the government debt-to-gross domestic product ratio, the worst among advanced countries.

Stimulus measures involving some 13 trillion yen ($118 billion) are designed to “accelerate restoration and recovery from natural disasters and steadily overcome downside risks of economy,” he said, in reference to powerful typhoons and torrential rains that hit the archipelago last year.

But Aso, who doubles as deputy prime minister, cited “various uncertainties” such as trade tensions between the United States and China, as risk factors to the otherwise solid economy.

The record 102.66 trillion yen fiscal 2020 budget features 1.67 trillion yen for social security and a 1.78 trillion yen outlay for measures to deal with the impact of October’s consumption tax increase, as well as measures to strengthen the country’s resilience against natural disasters.

The government raised the consumption tax by 2 percentage points to 10 percent, with proceeds from the higher tax rate expected to contribute to covering the increase in social security spending.

In a separate speech, Yasutoshi Nishimura, minister for economic and fiscal policy, expressed determination to push ahead with the “digital new deal” as a national strategy.

Nishimura called for “investment for the future” and reviews of existing systems to spur innovation for the development of post-5G communications networks, quantum technology and artificial intelligence as a means to achieving “smartization” of industries and people’s lives.

He also stressed the importance of fostering talent who will further innovation, pledging to create an environment in which each student is equipped with an information technology device and makes full use of it.

Nishimura said it will be vital for Japan, with a dwindling population, to actively take in foreign demand through free trade agreements such as the bilateral deal with the United States, the FTA with the European Union, and a revised Trans-Pacific Partnership, an 11-member regional FTA.

Such arrangements “create major (business) chances for midsized and small companies with high technology skills, as well as agriculture, forestry and fisheries industries that have produced safe and delicious foods,” he said.

Nishimura pledged Japan will play a “leading role” in expanding the Comprehensive and Progressive Agreement for Trans-Pacific Partnership, with economies such as Thailand, Taiwan and Britain expressing interest in joining.