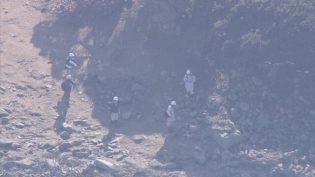 NHK reported at noon that the Ministry of Defense began conducting an environmental assessment today on the island of Mageshima in Kagoshima Prefecture. The ministry plans to purchase the island as a possible relocation site for the U.S. forces’ landing practice for carrier-based aircraft. The network said about 20 ministry officials landed on the island this morning to conduct the survey. The network said the MOD plans to study the condition of the island’s plants and animals. According to the network, the ministry is also planning to conduct weather observation and topographical surveys in order to improve the runways and other facilities on the island as well as underground water surveys to confirm the ground conditions.