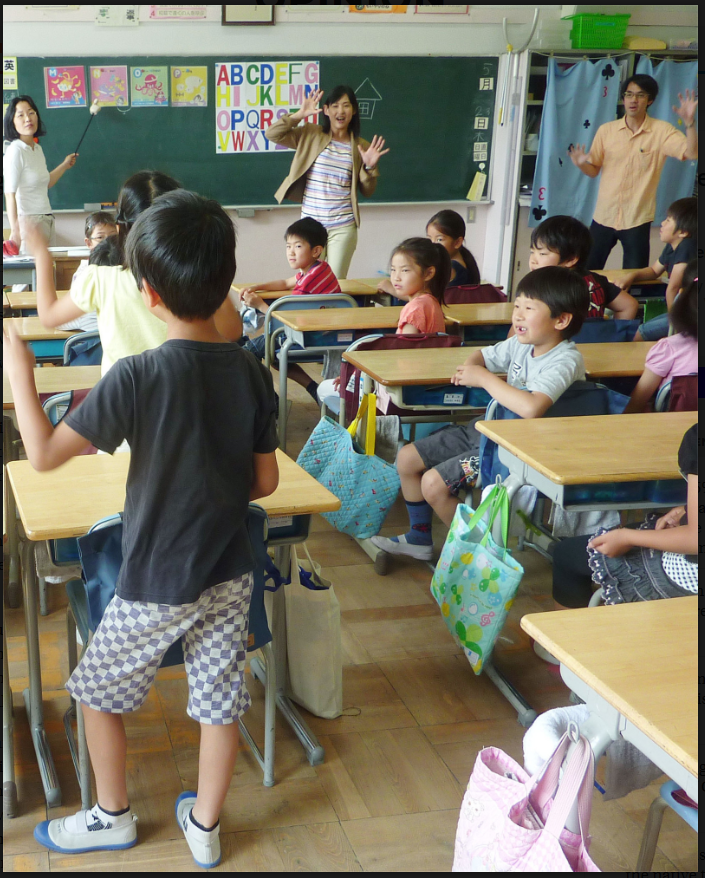 KIZUGAWA, KYOTO PREF. – Beginning in the 2020 academic year, which starts this April, teaching of English will become mandatory at elementary schools. Pupils in the third and fourth grades will go through “foreign language activities” for 35 hours per year, or one or two classes a week, to learn the basics of English language. Fifth- and sixth-graders will study the language for 70 hours a year with the goal of being able to read, write, comprehend and speak English with a vocabulary of 600 to 700 words.

The start of English education is being shifted from junior high to elementary schools because Japan ranks close to the bottom among 29 Asian countries in English-language proficiency. The nation is trailed by only Laos and Tajikistan in TOEFL scores.

There are pros and cons about such changes in Japan’s English education. I, for one, am not in favor of this move. Before explaining why I oppose it, I would like to share my own experience.

In junior high and high school, I studied English in the conventional Japanese manner: preparing for university entrance exams.

I studied the language for two more years in the first half of university, and was exposed to the language as I read English texts for my specialized course in the latter half.

In my postgraduate course I was immersed in English since I had to read papers and technical books in English for every day. Since I majored in econometrics, I needed little skill in English listening comprehension to understand the papers and books, which had only several lines of English sentences interspersed among numerical formulas. I read novels to brush up my English ability — but not a lot since I was so busy studying the subjects in my major.

After advancing to a doctorate course, I translated into English what I had written for my master’s theses and published the results in several papers. That work was given recognition by the Science Council of Japan, which granted me travel expenses to attend and present my papers at the World Congress of the Econometric Society at Northwestern University in Evanston, Illinois, in 1968.

The trouble was that until then I had little experience speaking or listening to English. I thought I would somehow be able to make my presentation, but I had no confidence that I could answer questions from the audience. So I took an expensive two-week intensive English course at a well-known language school. That was the first time I ever had lessons in English conversation, which proved effective since I was able to successfully make my presentation at the conference.

Furthermore, on my way back home I dropped by Stanford University, where I was given an opportunity to meet professor T. W. Anderson, a renowned authority on mathematical statistics, who then invited me to teach at Stanford as a research associate for one year starting the following summer.

Three years after my return from Stanford, I received an offer from the University of Illinois to be a visiting professor. At the institution I was assigned to teach statistics to first-year postgraduate students and to chair seminars in econometrics for more advanced postgraduate students. Since my ability to comprehend and speak English was still substandard, I conducted my classes by writing technical terms and numerical formulas on the blackboard while occasionally uttering explanations in simple English. That was indeed a very tough job, so I was totally surprised when I was named “best teacher” at the postgraduate school of economics for 1975, based on evaluations by the students.

Why was such an honor bestowed on me, despite my poor English speaking and listening comprehension ability? My answer is that to make up for my poor conversational ability I wrote down everything I needed to tell the students and the formulas on the blackboard, and the students were too busy taking notes to care about my broken English. Also, the notes that the students took were so self-contained that comprehending and memorizing them was all that was needed to prepare for the final exams. Thus my desperate attempt at using the blackboard worked.

Although I am reasonably confident in my ability to read and write English, I know I am quite poor at comprehending spoken English. A self-diagnosis shows that when I hear someone speak in English, I cannot understand or memorize what they say so I try to translate each sentence into Japanese to comprehend and memorize it.

This is tantamount to trying to be a simultaneous interpreter without any skills to do so. My ears stop functioning while I am translating English sentence into Japanese and as a result I miss much of what was said and end up not comprehending the key points. Since there is no cure for this bad idiosyncrasy of mine, I often hesitate to express my views in English in a timely manner at conferences.

Why, then, do I object to shifting the start of English education from junior high to elementary school? First, starting English studies for schoolchildren two years earlier will contribute little or nothing to elevating their English skills. Worse still, it could result in lowering students’ overall academic achievements since the change will reduce the time allocated for other subjects.

Second, if the greater emphasis placed on listening comprehension and speaking ends up underrating the importance of reading and writing, the result would be a net loss. Any Japanese person can comprehend and speak their native language, but the ability to read and write it requires study. Unless Japanese people read English books and newspapers to increase their vocabulary and acquire knowledge, their ability to comprehend and speak will not go beyond the realm of daily conversation and they will not be able to take part in sophisticated conversation.

Third, once people have gained sufficient skills in reading and writing English, their conversational ability, both listening comprehension and speaking, will improve by leaps and bounds if they are given an overseas assignment for a few years (myself being an exception to the rule).

Their conversational skills will be nearly perfect if they enter an American university for undergraduate or postgraduate study. In short, the better the reading and writing skills people have, the more rapid progress they will make in their conversational skills. That’s why I believe that English-language education in Japanese schools should focus on reading and writing.

In recent years, there has been a growing number of students taking university entrance exams who had lived in English-speaking countries during their elementary school to high school years due to their parents’ overseas assignments. Their ability to comprehend spoken English is overwhelmingly superior to that of those who have no overseas experience. I think it is even unfair to let everybody take the same listening comprehension test — the results of which vary widely between those who have lived in English-speaking countries and those who have not.

Fourth, Google’s automatic translation software performs incredibly well. Even though I am reasonably confident of my own writing skills, I nowadays often rely on the Google translation app, which instantaneously translates into English whatever Japanese sentence I feed into it. By making minor corrections to the app’s translation I can prepare decent English text. The app is also capable of translating from English to Japanese just as easily.

It appears all but certain that within several years a Japanese-speaking person and an English-speaking person will be able to talk to each other with wireless earphones, each using a laptop computer with simultaneous interpretation software. The skills of reading and writing English may also be rendered unnecessary. We are entering into an age in which the huge amount of time spent learning English can be used more efficiently to study other subjects.

Takamitsu Sawa is vice director of the International Institute for Advanced Studies in Kizugawa, Kyoto Prefecture.