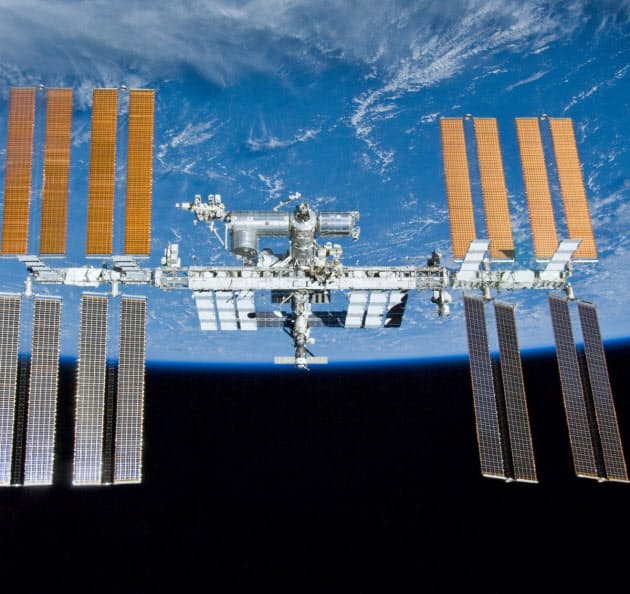 In 2020, the government will revise “the Basic Plan on Space Policy” that draws up a medium- to long-term strategy for Japan’s space policy. Attention is being paid to how the country will become involved in the International Space Station (ISS), which has been symbolic of Japan’s activities in space. This is because after Japan decided to cooperate in the U.S.-led lunar exploration project, it is now difficult to be part of both the ISS and the moon exploration if Japan maintains its current space policy. The government spends 30 to 40 billion yen a year, a total of 1 trillion yen so far, for the ISS, but there are persistent voices questioning the cost-effectiveness of investment in the ISS.

“How much can the government spend (for the ISS and the lunar exploration)?” asked astronaut Chiaki Mukai, also the vice president of Tokyo University of Science, during a meeting of an expert panel on the ISS of the Ministry of Education, Culture, Sports, Science and Technology (MEXT) held in December 2019. Mukai questioned the current status of space-related budget.

She asked the question because unless the scale of the budget appropriated for the ISS becomes clear, it is difficult to have realistic discussions. A MEXT official was only able to answer, “With limited funds, we will have to think how much money we can seamlessly transfer from the ISS budget to the lunar exploration budget.”

Japan, the U.S., European countries, Russia and Canada jointly operate the ISS. The operational plan after 2025 remains undecided, but participating countries have started mulling extending its operation. In November last year, the U.S. Senate’s Commerce, Science and Transportation Committee approved a bill to extend the period of the operation of the ISS from 2024 to 2030. At a ministerial meeting held in the same month, the European participants decided to continue their involvement in the ISS until 2030.

On the other hand, Japan is still examining whether to continue its involvement in the ISS. The revision of the Basic Plan on Space Policy this year will be a key factor for the government’s final decision. The Basic Plan on Space Policy calls for the government to revise its roadmap every year by incorporating concrete measures and the status of progress. In the revision in December 2019, the administration, referring to its manned space activity after 2025 in low Earth orbit including the ISS, only said, “While paying close attention to other participating countries’ plans, we will move forward with our examination.”

Attention is being paid to the ISS because the government officially decided in Oct. 2019 to participate in the U.S.-led lunar exploration including the construction of “Gateway,” a space station that orbits the moon. If the operation of the ISS is extended, it will make it difficult for the government to secure budget for both the lunar exploration and the ISS until around 2030.

According to one estimate, the cost of the construction of Gateway will exceed 400 billion yen. Compared with the ISS, which orbits the Earth at an altitude of around 400 kilometers, the moon is about 380,000 kilometers from Earth. The total cost for the project including launches and future maintenance remains uncertain. If Japanese astronauts stay on Gateway and land on the moon, the cost will further increase.

The government and the Japan Aerospace and Exploration Agency (JAXA) are developing the H3 launch vehicle, Japan’s new flagship rocket, and the HTV-X unmanned cargo transporter, thereby trying to curb costs for supplying goods to the ISS. In addition, the government and JAXA are promoting the transfer of the space business to private companies and the use of space-related facilities by businesses so that the space business can be more efficient.

According to JAXA, the ISS will be fully and technically operational until around the 2030s. The space station’s service-life, however, will eventually come to an end and it will retire. At a meeting of MEXT’s expert panel, one member said, “The ISS is a declining ‘industry’ and it is difficult to have businesses invest in something that will end soon.”

With a limited space-related budget, if expenses further increase on account of two concurrent projects, the ISS and the lunar exploration,  scientific exploration unique to Japan such as asteroid explorer “Hayabusa2” could be undermined. Rather than attach excessive weight to a space project’s razzle-dazzle, it is necessary to ascertain its significance and cost-effectiveness.