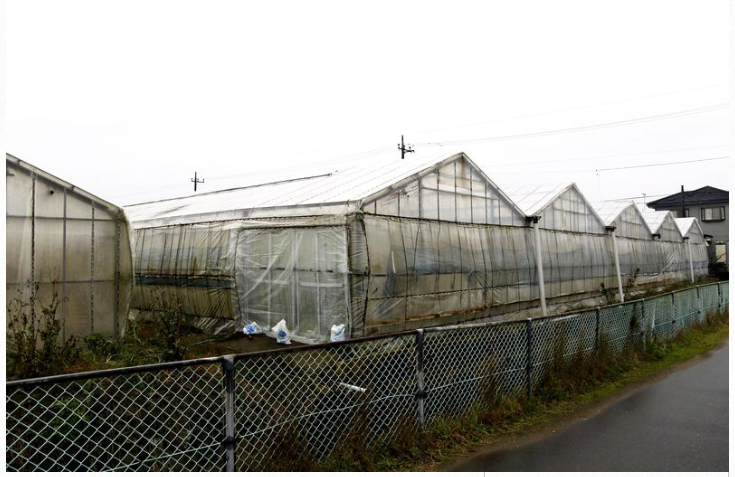 The Yomiuri Shimbun /  A greenhouse of a green onion farmer in Asahi, Chiba Prefecture, where Thais and others were working illegally, seen in December.

The number of Thais and Indonesians remaining in Japan illegally has doubled since the government exempted visitors from these countries from obtaining visas for short-term stays, The Yomiuri Shimbun has learned.

A total of 9,649 people had overstayed as of July last year. Among them are people who came to Japan under the guise of being tourists, but then began working illegally at a farm near Narita Airport in the Kanto region.

As it is difficult to determine on arrival who is entering the country to work, the number of such cases is expected to increase going forward.

In July 2013, the government exempted Thai citizens with IC passports from obtaining visas for stays of 15 days or less, and in December 2014 provided roughly the same conditions for Indonesians. The government has been expanding the number of countries subject to visa exemptions in the hope of attracting tourists from Asian countries that are experiencing economic growth.

Farmers in Chiba and Ibaraki prefectures near Narita Airport prize these “fake tourists” who can be used to cheaply resolve labor shortages when necessary. Brokers apparently play a role in making the connections.

“They’re illegal so they’re cheap to use and there are no annoying checks. It’s kind of convenient,” said a 70-year-old farmer who grows green onions in Asahi, Chiba Prefecture.

In November last year, the man was arrested by the Chiba prefectural police for violating the provision against assisting illegal employment in the Immigration Control and Refugee Recognition Law. He was fined ¥500,000 for illegally employing people from Thailand who had entered the country “for tourism.”

The man had been using foreign technical interns for about 20 years until about three years ago. A total of nine Chinese and Filipinos had been working for him, but they became embroiled in a dispute about overtime during the busy season and some suddenly disappeared.

It was around that time when he was approached by a Thai woman, 49, who was married to a local Japanese. “I can introduce you to people you can use freely,” he quoted her as saying.

She introduced him to three Thais who had entered the country as tourists. He knew it was illegal, but was willing to hire them because “the other farmers around me were doing the same,” he said.

They were cheaper than paying trainees the minimum wage. He paid them ¥850 per hour for 10 hours a day. During the busy season some worked 310 hours a month.

“They were happy to work as much as they could and didn’t complain about the low pay. It was much better than having the trainees,” he said.

In the case involving the prefectural police, a Thai woman who acted as an intermediary was also arrested and fined ¥500,000. According to the police, the woman received about ¥300,000 per person as a “referral fee,” and instructed people to come to Japan as couples to make them appear more like tourists.