Questioning the Japan-U.S. Security Treaty: Developing cooperation with nations that share our values 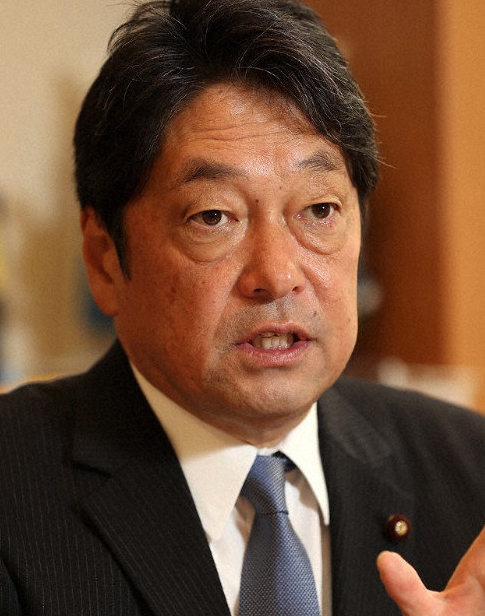 Question: How do you view the changes in and current situation of the Japan-U.S. Security Arrangements?

Onodera: The Security Arrangements were originally initiated from the standpoint of security in the Far East. In the U.S.-USSR Cold War era, the U.S. handled security and the core of the arrangements in this context was how Japan would support that. Today, however, it is possible that Japan could be a party to a conflict. North Korea cites actual Japanese place names in its ballistic missile tests and says they are exercises to attack Japan. With regard to relations with China as well, Japan is handling the Senkaku Islands (Okinawa Prefecture) with a sense of tension as a party to the situation. The reality is that we cannot protect Japan without the support of the United States.

Q: Does Japan need to cling to its ties with the United States?

O: Japan takes a strictly defensive national defense posture, and we would defend ourselves by acting as a “shield” in the event that our nation were attacked. If Japan were repeatedly attacked, we would not be able to completely defend ourselves and the U.S. military would supplement us by playing the role of a “sword.” In the past, some have said that Japan would be dragged into a U.S. war. Today, however, if worst came to worst and Japan were attacked by another country, we would have to involve the United States.

Q: How do you assess the 10 years since the administration led by the now-defunct Democratic Party of Japan?

O: When I was appointed the first defense minister in the second Abe cabinet, I received the following instructions from Prime Minister Shinzo Abe: “I would like you to strengthen relations with the United States and particularly those in the area of defense.” My first task was to deepen ties with the U.S. defense secretary. I worked to improve ties by engaging in debate that was quite in-depth. I think our efforts regarding the security legislation and other difficult issues that previous administrations had not touched were received positively by the U.S. side. We were able to have a shared understanding regarding North Korea and China in particular. Japan can now play an increased role for the United States, I think.

Q: At this time when the United States is advancing an “America First” policy, what would be the ideal form of Japan-U.S. security cooperation going forward?

O: The Japan-U.S. Security Arrangements should continue to be strong. It has become more important that Japan build the same kind of cooperative framework with other countries that share the same kinds of values. Forming trilateral security frameworks, such as Japan-U.S.-Australia and Japan-U.S.-UK, and direct bilateral arrangements with the UK, India, and France will lead to the strengthening of Japan’s security and stability throughout the world.