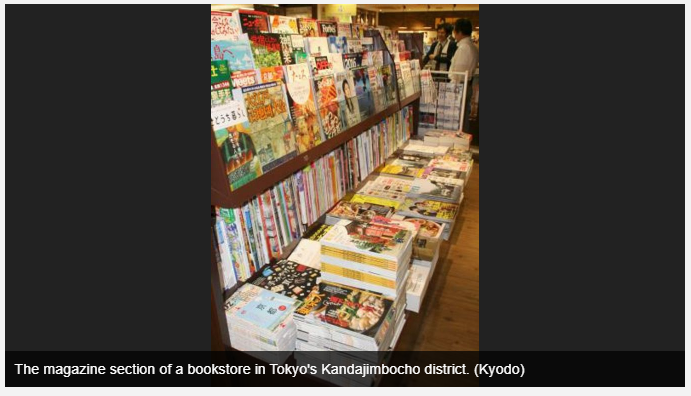 TOKYO — Sales of print books and magazines in Japan fell to an estimated 1.24 trillion yen ($11.32 billion) last year for the 15th consecutive year of decline, a research body for publications said Friday.

The current sales of print publications are more than halved from those in its heyday, about 2.66 trillion yen in 1996, according to the Research Institute for Publications in Tokyo.

Meanwhile, some books in specific categories, such as comic books and business books, surpassed their sales in the previous year.

Sales of e-books and print totaled 1.54 trillion yen last year, an increase of 3.2 billion yen from the previous year.