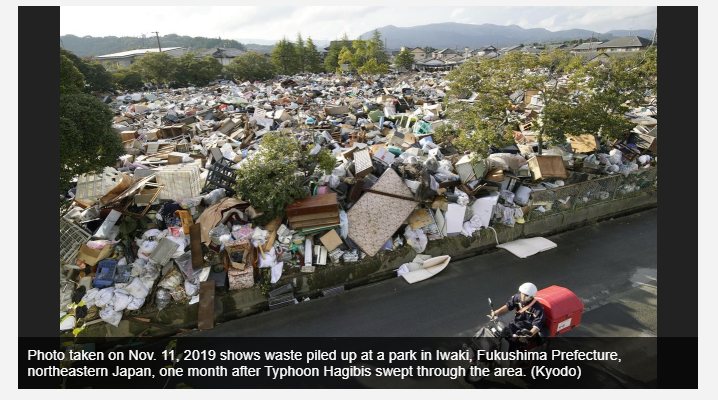 The extra budget will be examined by the House of Representatives from Monday before being put to a vote in the lower chamber on Tuesday. It will then be sent to the House of Councillors, according to Moriyama and Azumi.

In the supplementary budget for the current fiscal year through March, the government has allocated around 2.31 trillion yen for reconstruction from Typhoon Hagibis, which hit a wide area of Japan in October, and other recent disasters as well as for building infrastructure to prepare for future calamities.

Among other projects, 384.7 billion yen will be used for projects to help small and mid-sized companies improve productivity and some 231.8 billion yen has been earmarked to procure computers for public elementary and junior high schools by fiscal 2023 to promote information and communications technology education.