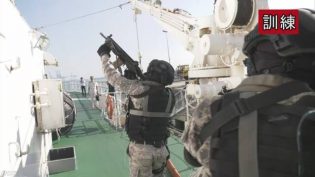 NHK reported on its website that the Japan Coast Guard and Malaysia’s maritime authority jointly conducted a drill today to confirm how to deal with piracy at sea. According to the network, JCG’s patrol vessel Echigo, which made a port call near Kuala Lumpur on Jan. 22, took part in the drill that was conducted by about 60 officials of the special forces of Malaysia’s maritime authority and the Japan Coast Guard. The drill was based on the scenario of the special forces taking control of a patrol vessel that has been captured by a group of pirates. The network said Japan is hoping to strengthen cooperation with Malaysia since it faces the Strait of Malacca and is in a strategic position for international maritime transportation.