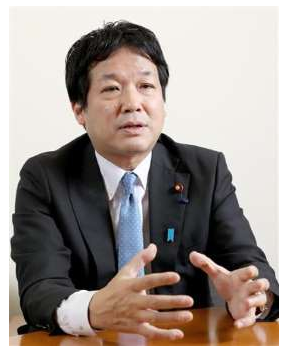 [Special Advisor to the Liberal Democratic Party (LDP) President for Foreign Affairs Kentaro Sonoura made the following remarks during an interview with the Sankei Shimbun.]

Tensions are escalating in the Middle East. Japan imports more than 80% of its crude oil from the region. Although there are various opinions, the greatest benefit of sending the Maritime Self-Defense Force (MSDF) to the region is that we can gather a large amount of information.

Information on risks and the surrounding area is important in deciding how to protect the safety of navigation of tankers and other vessels. Such information is only available in the region. Though Japan has not joined the U.S.-led coalition of the willing, its participation in the “network” in the region will make a significant difference in how much information we can get.

Both the U.S. and Iran are capable of diplomacy, so they are currently taking a restrained approach. Prime Minister Shinzo Abe is the only person in the world who can talk with both President Trump and Supreme Leader Khamenei and thereby leave open a channel for talks between Washington and Tehran. Our role naturally arises from that fact.

The stability of the Middle East situation and the U.S.-China relationship are directly linked to Japan’s national interest amid the various ongoing conflicts around the globe.

Japan should be more assertive toward China

Chinese President Xi Jinping is scheduled to make a state visit to Japan this spring. China has a responsibility to create an environment suitable for him to be invited as a state guest. But there is still unrest in Hong Kong, the Uyghur Autonomous Region remains an issue, and Chinese vessels are intruding into Japanese territorial waters around the Senkaku Islands (Ishigaki City, Okinawa Prefecture).

We must be more assertive toward China not to allow it to use Japan’s invitation of Xi as a state guest as an excuse for not addressing these problems.

I have been fortunate to be able to work under Prime Minister Abe and Deputy Prime Minister and Finance Minister Taro Aso. They share the same view on what a nation should be. They are strongly aware of what they should do for the country.

They are different from me in that they closely listen to other people. They listen to other people and understand what they’re saying. And they stick to their guns once they make a decision. To not waver after you make a decision is a requisite qualification of an attractive person. I still lack that qualification, but want to learn from Prime Minister Abe and Mr. Aso.