“Seiron” column: Discussion of plan B for Japan-U.S. alliance is an illusion 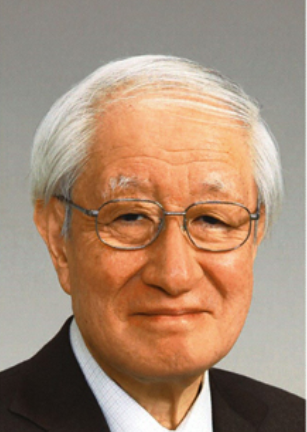 Since the inauguration of the Trump administration, there have been discussions among experts on security affairs that the Japan-U.S. alliance (plan A) should not be taken for granted and there should be an alternative framework (plan B). Discussions themselves are fine.

Alliance is not eternal and permanent

Needless to say, unlike a community bound together by common fate, an alliance is not eternal or permanent. The illusion that an alliance will last long was created because of the Cold War between the U.S. and the Soviet Union that lasted for 70 years. An alliance is no more than a framework for a country to secure its self-centered national interests. According to Distinguished Visiting Professor at Doshisha University Naoyuki Agawa, a specialist in American constitutional law and history, the U.S. did not have an alliance for 170 years after it was founded.

The Japan-U.S. alliance (Japan-U.S. security arrangement) marked its 60th anniversary on Jan. 19. Because it has been mutually and significantly beneficial to both countries, the alliance was able to mark the 60th anniversary in a healthy state, which can be said to be an exceptional case in world history.

Article 10 of the Japan-U.S. Security Treaty stipulates, “…after the Treaty has been in force for ten years,” either Japan or the U.S. may give notice to the other party of its intention to terminate the treaty, in which case “the Treaty shall terminate one year after such notice has been given.” This article makes me feel that the alliance is more “fragile” than expected as it can easily break down.

When the end of first 10 years of the alliance was approaching in the late 1960s, officials of both parties in the U.S. leadership wondered what option Japan would choose in 1970. They wondered if Japan for any reason would decide to exit from the Japan-U.S. Security Treaty. They were seriously concerned about the possibility of Japan’s termination of the treaty. That is what then-Defense Secretary Donald Rumsfeld told me in all seriousness when I was Japanese ambassador to the U.S.

When the now-defunct Social Democratic Party of Japan was influential during the Cold War, lawmakers actively discussed in the Diet that Japan might become entangled in conflicts caused by the U.S. On the contrary, now lawmakers discuss whether the U.S. will intervene in conflicts in the event of a contingency over the Senkaku Islands.

Japan-U.S. alliance should not be taken for granted

When the-now defunct Democratic Party of Japan was in power, there was, I believe, a real possibility that Japan’s place in U.S. policy on the alliance would be downgraded from “irreplaceable” to “replaceable.”

An alliance is essentially malleable. However, the thought that the Japan-U.S. alliance (Plan A) can be replaced by “Plan B” is an illusion.

As the U.S. is a superpower, the country might be able to weather such a change, but Japan lacks the strength to do the same.

To argue that Plan B could be a “Japan-China alliance,” “faith in the UN,” or “armed neutrality” would be  irresponsible.

I don’t want to get caught up in semantics, but if you are in the position to responsibly and seriously think about the Japan-U.S. alliance as far as the next generation or the generation after that, not as far as more than 50 years in the future, you should first choose Plan A as the foundation, then Plan A’ that strengthens the frame and substance of Plan A based on the assumption of adherence to the Japan-U.S. Security Treaty, and Plan A” (and subplans a, b, and c) [for details].

Specifically, Japan should (1) review the division of roles between Tokyo and Washington and (2) further promote relationships with friendly countries both in and outside the theater of the Indo-Pacific region. The key is to what extent and how Japan can enhance its independence.

Discussions on security without taboos are necessary

When we do that, as I stated in this column before, discussions on security without taboos are necessary.

It is needless to say that Japan should draw a conclusion at the policy-making level based on democratic systems. Fundamental debates about energy policy including nuclear arms and nuclear power generation will certainly be necessary without emotion and being “allergic to military power.” That is more so now because a country’s military power can no longer be measured by land, sea and air forces. The focus is shifting from such conventional forces to the capabilities in the domains of space, cyber, AI and electronic warfare. Of course, debates do not have to be full-fledged and open to the public first.

According to a survey, 83% of Japanese respondents want to be reborn as Japanese. Asked if they would be prepared to fight if Japan were invaded, only 11% of respondents said “yes.” (The figure is by far the lowest among 64 countries; 42% of respondents in South Korea said “yes”).  This illustrates well Japan’s national character.

While the gap between the 83% and 11% shows that Japan’s longstanding nation building is a success, it indicates that the state of the country is precarious–how long can the nation be sustained in the current way.

The ostrich syndrome means refusing to acknowledge things at a critical time as if your head was stuck in the sand like an ostrich. That is the worst possible stance toward security policy.