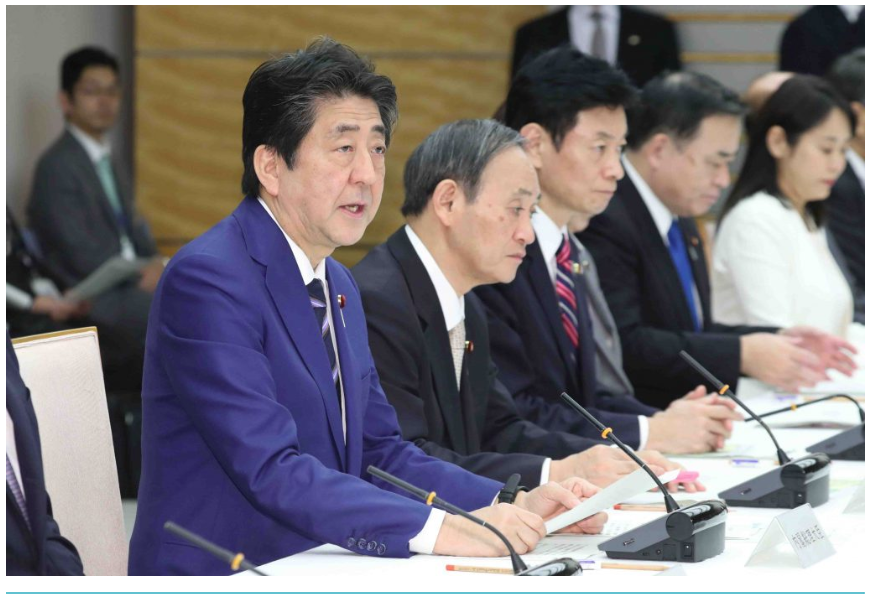 Japan’s National Security Secretariat (NSS) has been tasked to ramp up the country’s fight against infectious diseases amid the extensive spread of the novel coronavirus, The Sankei Shimbun learned on March 6.

Given the broad social, economic, and institutional impacts of the coronavirus disease and fast-spreading infectious diseases that might break out in the future, the government considers them a threat to Japan’s national security, according to knowledgeable sources.

The government plans to thoroughly review current arrangements for blocking pathogenic agents’ entry into Japan from overseas. Tokyo is seeking more effective immigration screening for non-Japanese, with an “Economic Division,” which will be added to the NSS in April, playing a pivotal role, they said.

The NSS supports Japan’s National Security Council (NSC), which gathers information promptly on security-related issues, makes important policy decisions, and coordinates the formulation and implementation of policies with other ministries and agencies. Preparatory work for launching the new Economic Division has been underway since 2019. The division will be officially inaugurated in April, with a staff of about 20 officials.

With the easy movement of people across national borders, pathogenic viruses and microbes have found ready paths to diffuse rapidly on a global scale. Controlling the spread of infectious diseases against the backdrop of the fast-moving spread of the new coronavirus has become a key role of the NSS.

The approach reflects mounting concerns that infectious diseases, if not contained at the border, could become a systemic menace to the country’s social and economic well-being. The government has viewed its countermeasures against COVID-19, the disease caused by the novel coronavirus, as a national security priority, applying mutatis mutandis to such steps as restricting immigration from infected regions.

On January 31, the government issued a decision to prohibit the entry of a non-Japanese who had stayed in China’s Hubei province, where the virus originated. The legal grounds were based on Japan’s Immigration Control Law, specifically the first clause of Article 5, Item 14, that provides for the denial of entry to those having the potential of doing harm to Japan’s public security or national interests.

In this case, “Japan’s national interests” were interpreted broadly to include national security, according to a senior government official. This legal interpretation was also employed when subsequently the geographical scope of the ban on arrivals from overseas was widened to include such areas as China’s eastern coastal province of Zhejiang and South Korea’s southeastern city of Daegu.

The new Economic Division of the NSS is intended to help boost Japan’s collaboration with the United States, in light of China’s rise in both economic and military spheres, with a view to preventing state-of-the-art technologies from leaking abroad and securing the maritime interests of Tokyo and Washington. The division will also be tasked with frontline measures, such as handling restrictions on the movement of people considered a possible risk to Japan’s national security, and immigration controls that could result in the refusal of entry into Japan.

In addition, the NSS will join in a discussion with intelligence agencies of other countries on mechanisms to quickly limit the movement of people in the event of the emergence of new strains of infectious diseases in the future. Japan will also work on developing its own unique capabilities to collect information on new infectious diseases, apart from those of the World Health Organization and diplomatic missions abroad, such as fact finding surveys in the actual disease-plagued areas.