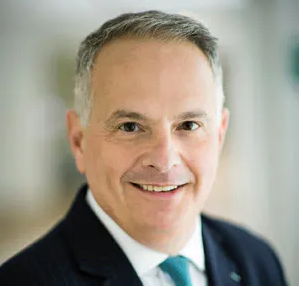 WASHINGTON — It has been decided Kenneth Weinstein will be nominated by U.S. President Donald Trump as the next U.S. ambassador to Japan. Mr. Weinstein will work to resolve the various pending issues between Japan and the U.S., including responding to the rise of China and the relocation of the U.S. military’s Futenma base (Ginowan City, Okinawa Prefecture).

A polemicist, Mr. Weinstein joined the Hudson Institute, a conservative think tank, in 1991 and has served as its president since 2011. In the administration under Republican Donald Trump, he has strong connections with Vice President Mike Pence and Secretary of State Mike Pompeo. Mr. Weinstein himself has said, “I am good friends with the vice president and secretary of state.” According to sources close to the U.S. government, it is thought that the two recommended him for the ambassadorship, but this does not mean that Mr. Weinstein has close ties with the President himself.

The Hudson Institute is known as the venue for Vice President Pence’s October 2018 speech in which he clearly laid out a hardline stance on China. Soon after returning to the position of prime minister, Mr. Abe gave a talk at the Institute in autumn 2013.

Mr. Weinstein became acquainted with Prime Minister Abe around 2003 when he was the Liberal Democratic Party secretary-general in the days of the Koizumi administration.

Mr. Weinstein is critical of the Chinese Communist Party, saying, “Chinese leader Xi Jinping has suppressed liberalism and divergent views.” Confrontation between the U.S. and China is heating up in a variety of spheres, including security, the economy, and human rights, and Japan is forced to address this difficult situation. Expectations are high for the next U.S. ambassador to Japan.