TOKYO — Japan’s Government Pension Investment Fund, one of the world’s biggest institutional investors, will name Masataka Miyazato, an alumni of agricultural lender Norinchukin Bank, its next president, Nikkei has learned. 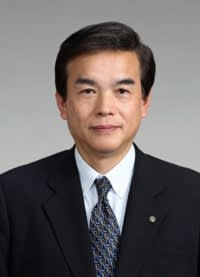 Miyazono will assume the helm at the $1.5 trillion pension fund effective April 1.

Miyazono formerly was a deputy president at Norinchukin, where he managed large amounts of assets behalf of agricultural cooperatives. He has served as president of the Pension Fund Association since last year and will become the second GPIF president in a row to hail from Norinchukin Bank.

He will replace Norihiro Takahashi, whose term ends at the end of March. Hiromichi Mizuno, GPIF executive managing director and chief investment officer, will also step down.

Leadership changes at GPIF are closely watched by financial markets given its investment sway over them.