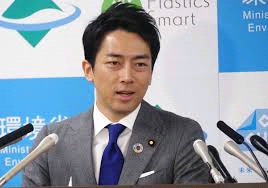 Environment Minister Shinjiro Koizumi, the son of former Prime Minister Koizumi, recently caused a stir after becoming the first incumbent cabinet minister to take paternity leave in Japan. Koizumi told the press that after careful consideration, he had decided to take two weeks of paternity leave in the hope that other fathers would also feel comfortable taking time off to support their new families. “Not only do I need to change the system, but I also need to change the atmosphere,” he said. While the public generally welcomed Koizumi’s announcement, some dismissed it as a stunt. Others criticized him for not behaving like a responsible member of the Cabinet. Nevertheless, the decision by Koizumi, who is viewed as a possible candidate for prime minister, is expected to have an influence on Japanese society, where the birthrate continues to decline. 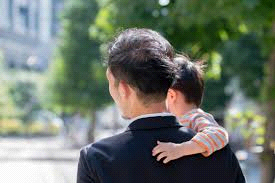 Yomiuri (12/28) wrote that the Japanese government decided in December to raise the target rate for men taking paternity leave from 13% by 2020 to 30% by 2025. Today, Japanese fathers are entitled to take paternity leave and receive childcare leave benefits for up to one year. But the paper noted that even though there is a system in place, many Japanese men find it difficult to take time away from the office and the participation rate was as low as 6.16% in FY2018. In addition, while about 90% of women who take maternity leave take six months or longer, nearly 40% of men who take paternity leave take less than five days. On the other hand, a survey conducted by the Ministry of Health, Labor and Welfare (MHLW) found that 28.3% of the men surveyed who work full time and have small children would like to take paternity leave. But they said the “company atmosphere” and “lack of understanding on the part of their bosses” prevent them from taking time off.

According to Yomiuri, the MHLW already provides small and mid-sized companies with up to 720,000 yen for each male employee who takes childcare leave, and next year the ministry plans to increase that amount to 840,000 yen. The paper wrote that according to the government, its calculations for 2019 are expected to show that the number of children born in Japan will fall below 900,000 for the first time since the country began keeping records. The MHLW hopes that subsidies to companies will facilitate fathers’ participation in parenting, the paper wrote. 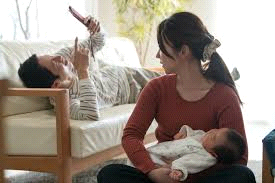 While nationwide efforts are being made to increase the number of men taking childcare leave, there is one troubling trend: torudake ikukyu (taking parental leave but not actually doing much at home). This has become a major topic of conversation, especially on Twitter. NHK (1/22) reported that according to a smartphone app firm’s survey of about 4,000 mothers with one or more children, the husbands of about 500 of them took paternity leave. When asked how many hours a day their husbands spent taking care of their children or doing housework while on leave, 32% of them said they spent two hours or less, and only 20% said they spent more than eight hours. One mother commented: “My husband did nothing and I had to do most of the housework in the end.” Another said: “My husband just took four days of parental leave without even consulting me first and he spent some of those days going out.” Many people are turning to Twitter to express anger at this situation, with one saying: “For mothers, parental leave means taking care of their home, children, and even husbands. For fathers, it means taking a holiday.” Another woman said: “My husband took two weeks of paternity leave. All he did was eat, sleep, play videogames, and go out for drinks when he got bored. He just ‘got a taste’ of childcare…. But back at his workplace, he’s being praised as an ikumen (man who takes an active role in parenting).”

The company that conducted the survey concluded that the key to wives’ satisfaction lies in whether the household chores and parenting are equally divided and whether the paternity leave is long enough. The company says: “Couples should hold thorough discussions on how to divide household chores and parenting beforehand in order to avoid torudake ikukyu.” Lamenting the fact that the paternal leave has not taken root in Japan, one mother tweeted: “I want to say to my husband: Instead of taking paternity leave, just come home early.”