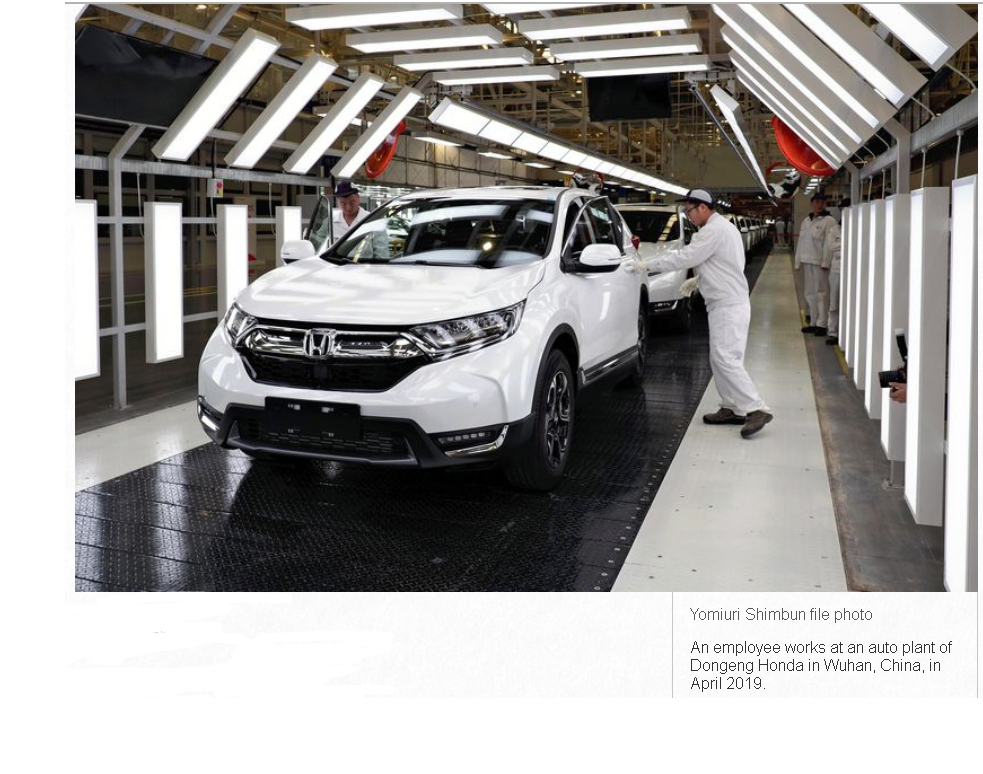 The government has decided to provide subsidies totaling about ¥200 billion for companies that plan to move production bases from China to Japan and Southeast Asian countries as part of efforts to encourage Japanese firms to reduce their dependence on China.

The move comes as major automakers and other manufacturers have been forced to temporarily halt production in China due to supply disruptions caused by the spread of the new coronavirus.

The government plans to allocate about ¥200 billion in the fiscal 2020 supplementary budget.

Regarding products and parts manufacturing that is highly dependent on specific countries including China, the government will subsidize establishing buildings and installing equipment for manufacturers that set up production bases in Japan.

When firms plan to move their production centers to Southeast Asian countries, the government plans to subsidize the installation of equipment.

The government is considering setting the subsidies at half of the total relocation expenses for large companies, and around two-thirds of that for small and mid-sized companies.

The subsidy also covers costs for firms planning to establish production centers in Japan and Southeast Asia while maintaining their China bases.

Manufacturers that import Chinese products but do not have bases in China are also to be subsidized if they newly establish a base.

Manufacturers of industrial products such as cars and electrical appliances are expected to receive the subsidies.

The subsidies are also expected to cover such companies as mask manufacturers — a product for which imports from China account for more than half of sales in Japan — and companies related to rare earths metals that are extracted in Chinese mines and are essential for high-tech products.