Subaru suspends operations at all domestic and overseas production bases 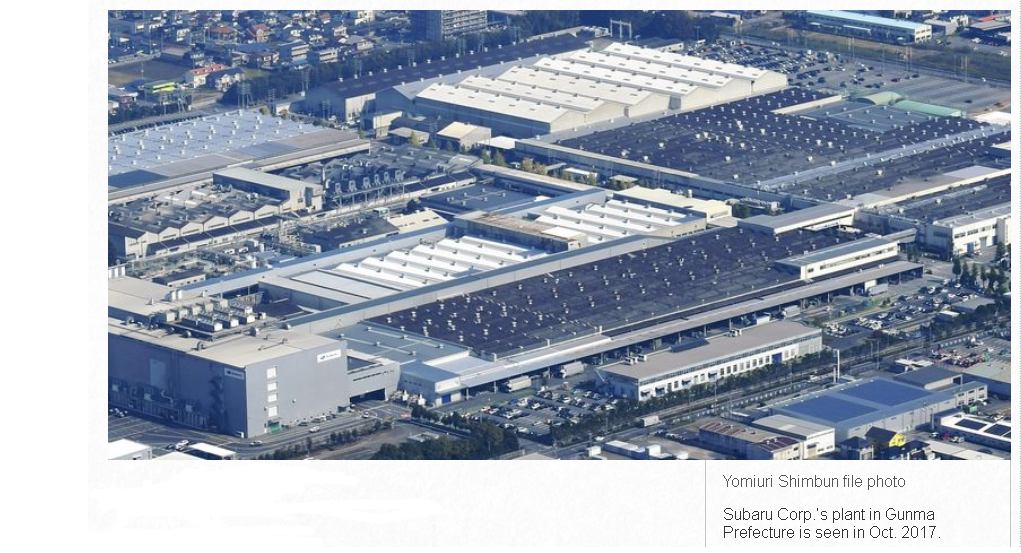 Subaru Corp. announced Wednesday that it would temporarily suspend all production of cars in Japan and overseas. The move came as the coronavirus pandemic has affected parts supply networks and global demand has declined. As a result, production is expected to be cut by 71,000 cars.

The company’s only domestic completed car plant, in Gunma Prefecture, will be closed from April 11 to May 10. In addition, the automaker will extend its suspension of production at its plant in the U.S. state of Indiana until April 19. The U.S. plant stopped production on March 23 and had been scheduled to halt production until April 6. There is growing concern that the long-term suspension of operations will have a negative impact on employment.

Toyota Motor Corp., Nissan Motor Co. and other Japanese automakers have already announced their plans to suspend domestic production in response to falling global demand. Subaru’s decision to halt production means that domestic production by all eight Japanese carmakers has been affected by the virus pandemic.

Commercial vehicle maker Mitsubishi Fuso Truck and Bus Corp. will also suspend production of trucks and buses at its plants in the cities of Kawasaki and Toyama.