Abe mulls canceling trip to Moscow in May amid virus spread 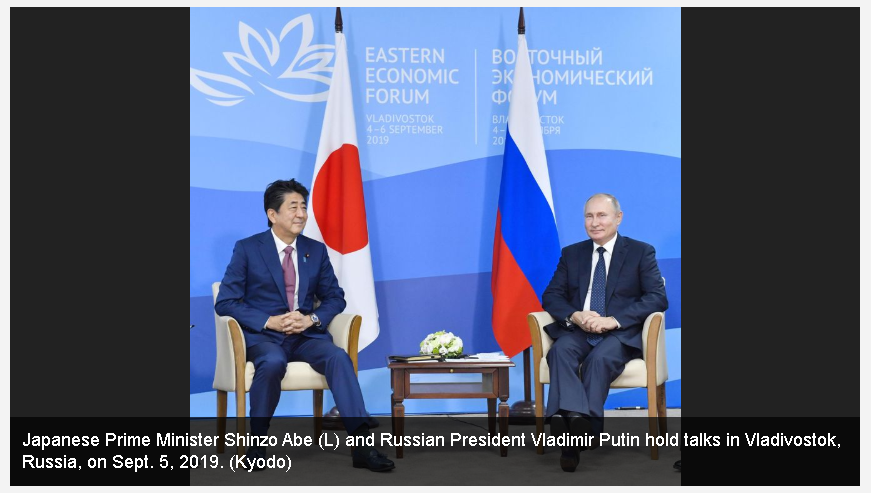 Abe was due to attend a ceremony marking the 75th anniversary of Russia’s victory over Germany in World War II on May 9 and also hoped to hold talks with Russian President Vladimir Putin to make progress on resolving a long-standing territorial dispute.

But there have been no preparatory talks between the two countries to set the stage for a summit.

Foreign Minister Toshimitsu Motegi and his Russian counterpart Sergey Lavrov agreed in February for Lavrov to visit Japan at an early date to advance the preparations, but the pandemic has prevented his trip from happening.

With the chances of making progress on resolving a territorial dispute over a group of islands lying off Hokkaido seen as low, Abe is leaning toward cancelling the trip, according to the officials, who spoke on condition of anonymity.

The dispute over what Japan calls its Northern Territories and Russia calls the Southern Kurils has long been a thorn in bilateral relations, keeping the countries from signing a formal peace treaty.

The Soviet Union seized the islands following Japan’s surrender in 1945, an act Moscow says was a legitimate outcome of the war. Tokyo argues it was illegal.

Abe had hoped to secure the return of the smaller two of the four islands based on the terms in a 1956 joint declaration between the countries, but has been unable to reach an agreement with Putin.

The two had been slated to meet on the sidelines of a regional conference in Chile in November, but the meeting was called off.