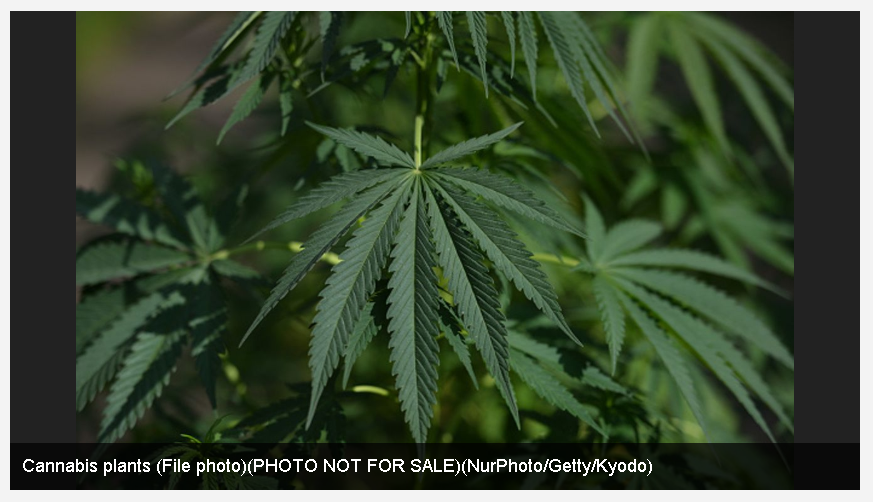 TOKYO — A record 4,321 individuals were involved in cannabis cases in Japan last year, up 743 from the previous year for the sixth consecutive year of increase, with abuse of the drug by young people showing a marked rise, police said Thursday.

The agency warned that young people are less aware of the risks associated with cannabis use compared with hard drugs such as methamphetamine and tend to begin taking cannabis out of curiosity.

“It is necessary to correctly inform them about the harmful effects (of cannabis) such as a severe influence on cognitive functions and higher risk of developing mental symptoms,” it said.

The agency also surveyed awareness of the risks of using the drug among 631 offenders of all ages and found only 15.4 percent think it is dangerous.

Meanwhile, 78.6 percent of them said methamphetamine poses a danger.

Meanwhile, the number of people involved in drug offenses in general in 2019 dropped 498 from the previous year to 13,364, with the figure remaining almost flat in recent years.

The volume of confiscated stimulants more than doubled from the previous year to a record 2,293.1 kilograms last year.

There were a series of large-scale raids including the seizure of about 1,000 kg of stimulants in waters off Shizuoka Prefecture, central Japan, in June and some 590 kg in the sea off Kumamoto Prefecture, southwestern Japan, in December.

The volume of confiscated cannabis in various forms also increased from the previous year, including 350.2 kg of marijuana and 12.8 kg of hashish. Seizure of synthetic drugs including MDMA also surged six-fold to 73,935 pills.