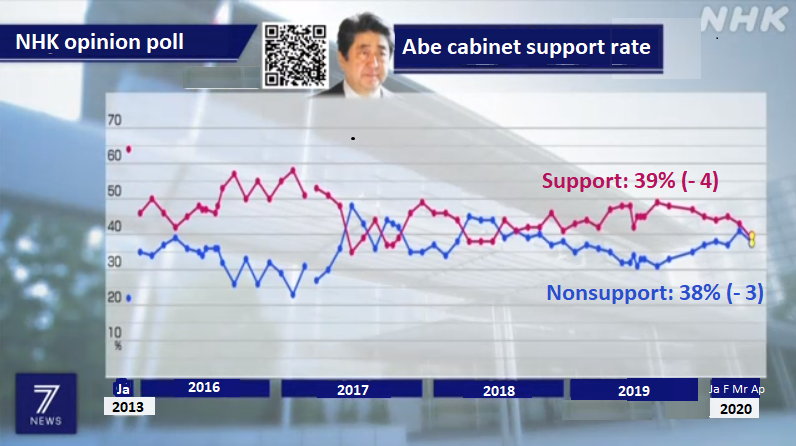 According to the NHK public opinion survey for April, 39% of pollees support the Abe cabinet, down 4 percentage points from the poll conducted last month. Those saying they do not support the cabinet declined by 3 points to 38%. A full 23% said they “don’t know” or did not answer the question, up 6 points from last month.

NHK conducted a nationwide survey over the three-day period of April 10–12, 2020, on a computer-aided random digit dialing (RDD) basis and targeted men and women aged 18 or over with calls placed to landline and mobile phone numbers. Valid responses were received from 1,253 of the 2,085 people polled. The valid response rate was 60%.

Asked why they do not support the cabinet, 35% said “because the prime minister is untrustworthy” and 28% said “because nothing can be expected of its policy measures.”