Strength of in-house groups in House of Representatives

On April 16, the in-house group led by the Constitutional Democratic Party of Japan (CDPJ) and the Democratic Party for the People notified the Lower House Secretariat of the resignation of CDPJ Lower House member Takashi Takai (Chugoku proportional representation bloc) from the parliamentary group. He was struck from the CDPJ register for entering an adult entertainment club in Tokyo after the capital was placed under a state of emergency declaration to reduce novel coronavirus infections.

The Nippon Ishin and Group of Independents parliamentary group reported the addition of Lower House member Teruo Minobe (Kinki proportional representation bloc), who has filled the vacancy that arose with the resignation of Takashi Tanihata.

The strength of the House of Representatives in-house groups is now as follows. 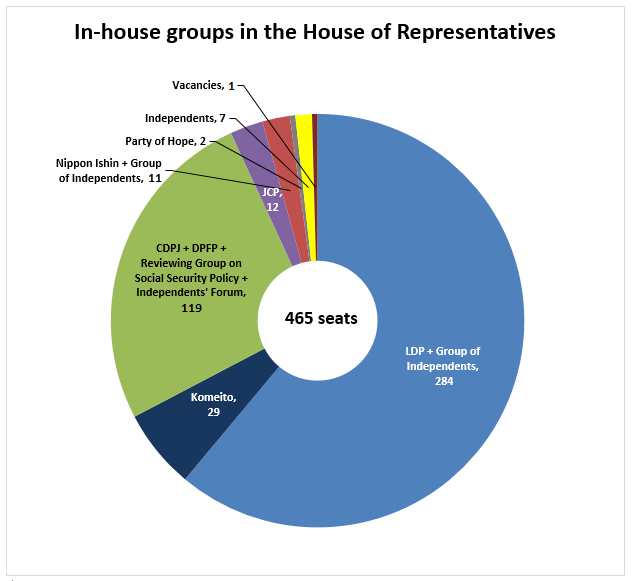