PCR testing capacity to be ramped up 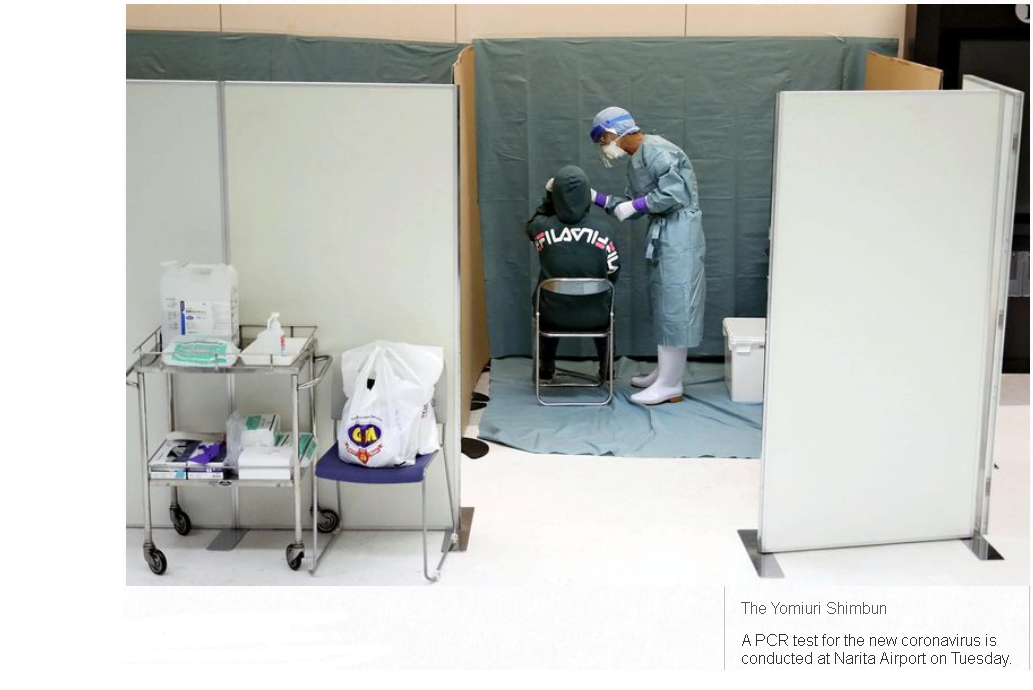 The government is bolstering its PCR testing system to check for new coronavirus infections as part of efforts to combat the spread of the virus in Japan.

It has been reported that the number of coronavirus tests conducted in Japan is low compared with other countries. Prime Minister Shinzo Abe has set a goal of having the capacity to conduct 20,000 tests per day, and plans to bring in simple testing methods and subsidies for the introduction of testing devices.

According to the Health, Labor and Welfare Ministry, the nation currently has the capacity to conduct about 12,000 PCR tests per day. This is about double the figure of early March. The government will ramp up this daily capacity to about 20,000 tests as it braces for the further spread of the virus.

The government’s emergency economic package compiled on April 7 incorporated support measures for introducing testing equipment. The ministry believes drive-through testing stations based in parking lots could be possible “provided medical professionals speak with the patients and appropriate steps to prevent infections are taken during sample collections.”

Even on busy days, Japan has used only about two-thirds of the nation’s testing capacity. This is due to reasons including staff shortages at medical facilities and tests being conducted only when a doctor deems them to be necessary, even if the person consulting the doctor wishes to be tested for the virus.

“If infection numbers surge, the medical care system could crumble if there is no ability to expand our testing capacity,” a senior official of the ministry said.

Even if testing capacity is boosted, the ministry is cautious about suddenly increasing the number of tests conducted. Consequently, the number of coronavirus tests carried out, including those other than PCR tests, has been significantly lower than in nations such as Italy and Germany.

Officials from some other countries have voiced displeasure that the extent of infections in Japan remains unclear. In a health alert issued on April 3, the U.S. Embassy in Japan said the Japanese government’s decision “not to test broadly makes it difficult to accurately assess the COVID-19 prevalence rate.” The embassy urged U.S. citizens to return to the United States.

To broaden correct understanding of the government’s plans for dealing with the coronavirus outbreak, the emergency economic package included steps to beef up the delivery of information overseas. The Foreign Ministry plans to translate press conferences and government policies into 10 languages, including English, and to convey the government’s approach through diplomatic and consular offices in foreign countries and other channels.