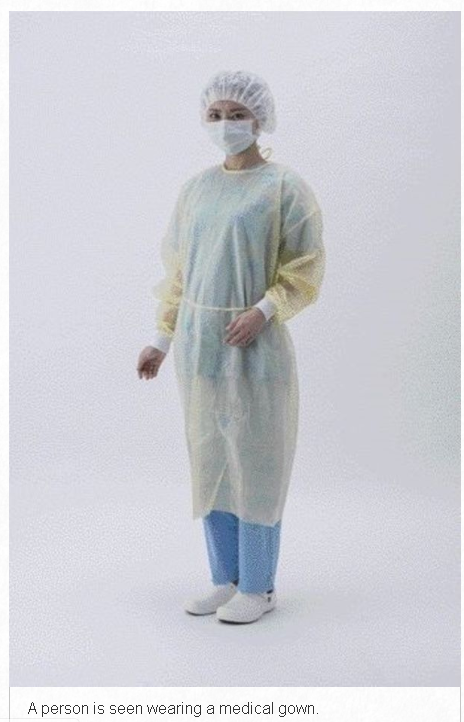 ANA Holdings Inc. announced Thursday that it will cooperate in the sewing of medical gowns.

The group has seen a staff surplus due to a sharp drop in the number of flights due to the coronavirus pandemic.

Japanese companies have received requests for cooperation from the government, so the airline plans to have up to about 30 employees a day help with part of the production processes.

Employees of All Nippon Airways Co. and other group companies in Tokyo will be encouraged to participate regardless of job type or gender. For the time being, the company will take in work of part of a sewing company in Nara Prefecture at ANA’s training facility in Tokyo from the end of April.

ANA envisions simple sewing and bagging operations using machines, with details to be worked out later.

“We wanted to contribute to solving this social crisis across industry boundaries.” an ANA official said.