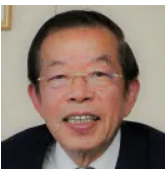 Taiwan, which sometimes reports no new coronavirus cases on a daily basis in recent days, is drawing international attention for its handling of the new coronavirus. Taipei Economic and Cultural Representative Office in Japan Representative Hsieh Chang-ting, Taiwan’s former President of the Executive Yuan (Prime Minister) and de facto ambassador to Japan, told the Nikkei, “We’ve learned a painful lesson from the severe acute respiratory syndrome (SARS) outbreak in 2003.” Regarding the analysis of the information about the emergence of the new coronavirus, Hsieh said: “We have a deep understanding of Chinese culture. We don’t trust information sent from China; rather we suspect it is hiding something.”

At the end of December 2019, Taiwan informed the World Health Organization (WHO) and Chinese authorities via email of new pneumonia cases in Wuhan. “We began implementing onboard quarantine of all flights arriving from Wuhan without ruling out the possibility of human-to-human transmission from the very beginning,” Hsieh said.

Taiwan is unable to join the UN and the WHO due to China’s joining the UN in 1971. Hsieh points out, “That puts us in the disadvantageous position of not being able to fully understand the characteristics of the virus.” He also said: “The SARS outbreak in 2003 (which killed many people) was a painful lesson for us. So we needed to swiftly and thoroughly make preemptive moves on the premise that we can’t get information or help from the WHO” and explained that Taiwan strengthened its command system for epidemic prevention.

As for China’s opposition to Taiwan’s participation in the annual general meeting of the WHO as an observer, Hsieh stressed: “A vacuum in infection prevention will put the world in danger. Health and politics are separate.” But when asked about U.S. President Donald Trump’s announcement to defund the WHO for the time being, he only said, “I don’t comment on other countries’ policies.”