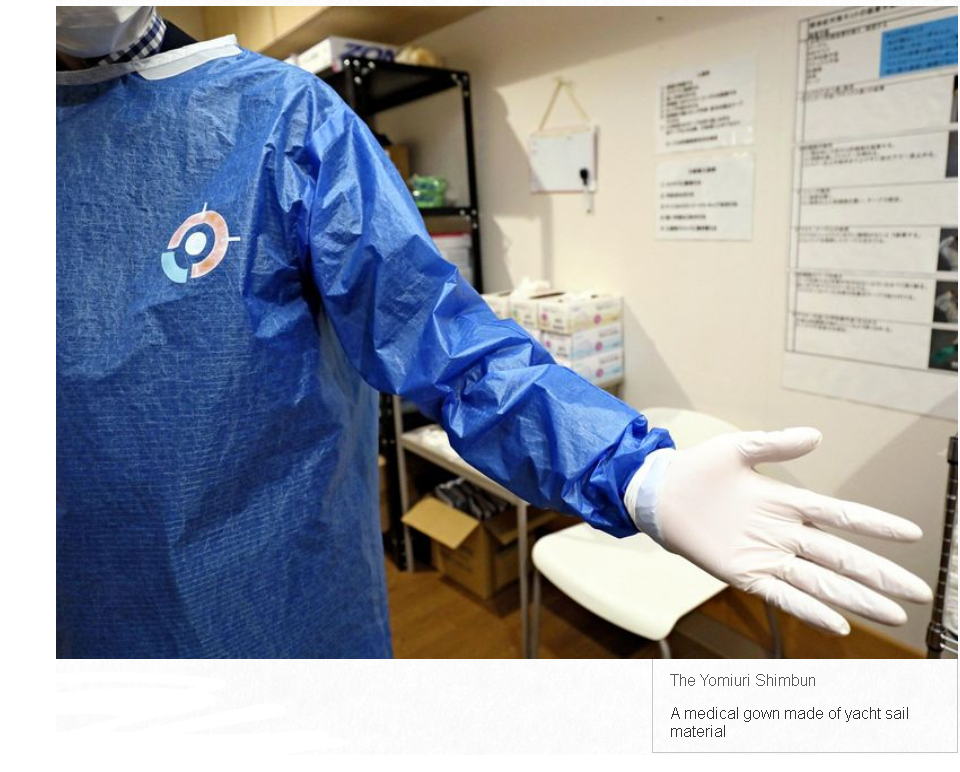 A company in Yokohama that develops and manufactures sails for yachts has begun producing medical gowns made from the same sail material, as medical supplies are facing a shortage due to the spread of the new coronavirus.

The company, North Sails Japan, developed the gown utilizing its sail manufacturing techniques which have won the support of top sailors, including Olympic gold medalists.

Orders are pouring in from all over the country.

For six consecutive Olympics since the 1996 Atlanta Olympic Games, the company has provided yacht sails to the gold medalists of the sailing competition’s 470 class.

However, due to the spread of the disease, international competitions were postponed one after another, causing the company’s plant operation rate to drop.

Amid such circumstances, Junichiro Shiraishi, a 45-year-old employee of the company who is also an active yacht competitor, was consulted by his sailing friend doctor at the end of March, who told him that “medical gowns for professionals are in short supply.”

Despite having no clothing production experience, the company decided to make medical gowns because it has advanced techniques for the cutting and sewing of materials. A prototype was completed in just five days.

The gowns made from polyester are strong, waterproof, airtight and light. The company will encourage people to wash and reuse the gowns, rather than dispose of them after one use like the disposable gowns commonly used in medical institutions.

On the other hand, the gowns tend to become damp on the inside and are flammable.

When the gowns went on sale on April 13, roughly 100 were sold within a week. The gowns have received favorable comments from customers, such as, “It’s light but sturdy, and also comfortable to wear.”

The company said it is receiving many inquiries not only from medical institutions but also from nurseries and nursing facilities.