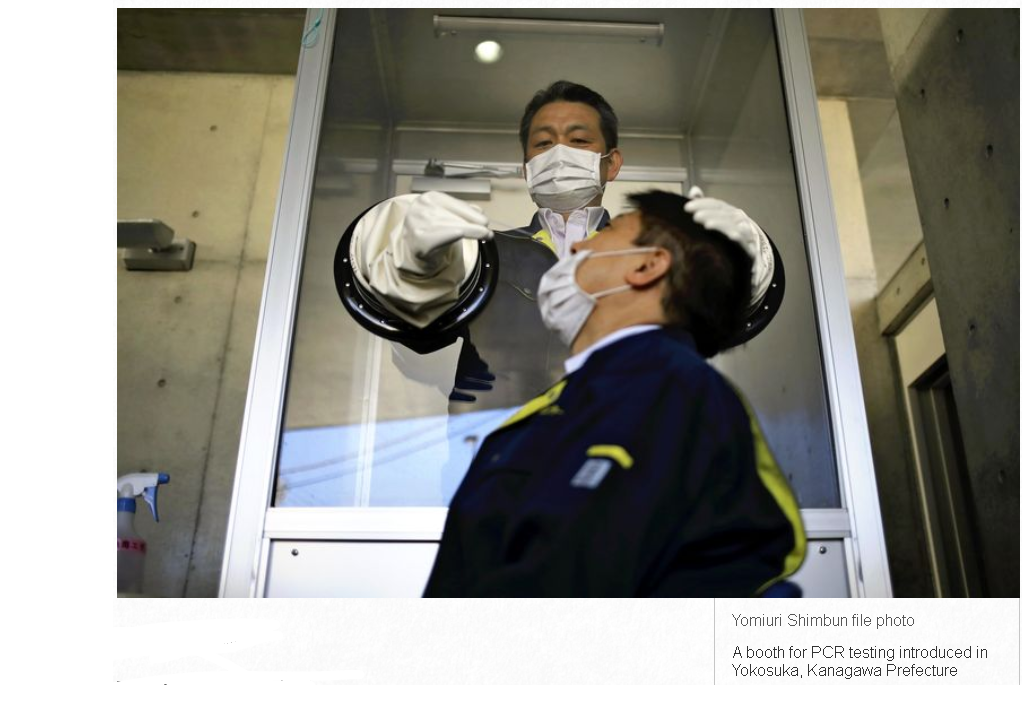 The slowness of the increase in the number of polymerase chain reaction (PCR) tests performed in Japan to detect the new coronavirus is due to the excessive workload of public health center workers and insufficient testing capacity at local public health institutes, a report compiled Monday by a government expert panel stated.

The panel of experts on the new coronavirus recommended increasing regional outpatient and testing centers set up by local medical associations or private testing companies, among other steps.

Although “it’s not that Japan has been unable to identify potential patients,” given its low positive rate at 5.8% compared to other countries, the panel pointed out “long waits for testing” were widely reported, mainly in urban areas.

The panel attributed the slow increase partly to overworked local health offices, which handle people who have developed a fever, one of the symptoms of the infection with the virus, and the insufficient testing capacity at local public health institutes that were not designed in anticipation of handling a large number of new pathogen tests.

It also cited insufficient systems in some areas to secure hospital beds for people who test positive for the virus, a shortage of protective equipment worn by people conducting PCR tests, and the difficulties in securing companies to transport samples.

Since coronavirus patients can experience a severe worsening of their condition in a short period of time, the panel said it is important to expand testing to ensure early diagnosis and appropriate treatment.

Based on this analysis, the panel called for expanding regional outpatient treatment and screening centers, where people can be tested for the virus in a swift manner — without having to contact a public health center — when doctors think necessary. It also suggested ensuring a secure supply of protective gear and training more staff to collect samples.

According to the Health, Labor and Welfare Ministry, the nation currently has the capacity to conduct about 16,000 PCR tests per day. It is below the daily capacity of about 20,000 to which the government aims to ramp up. The number of PCR tests actually conducted per day is still about 9,000 at most.