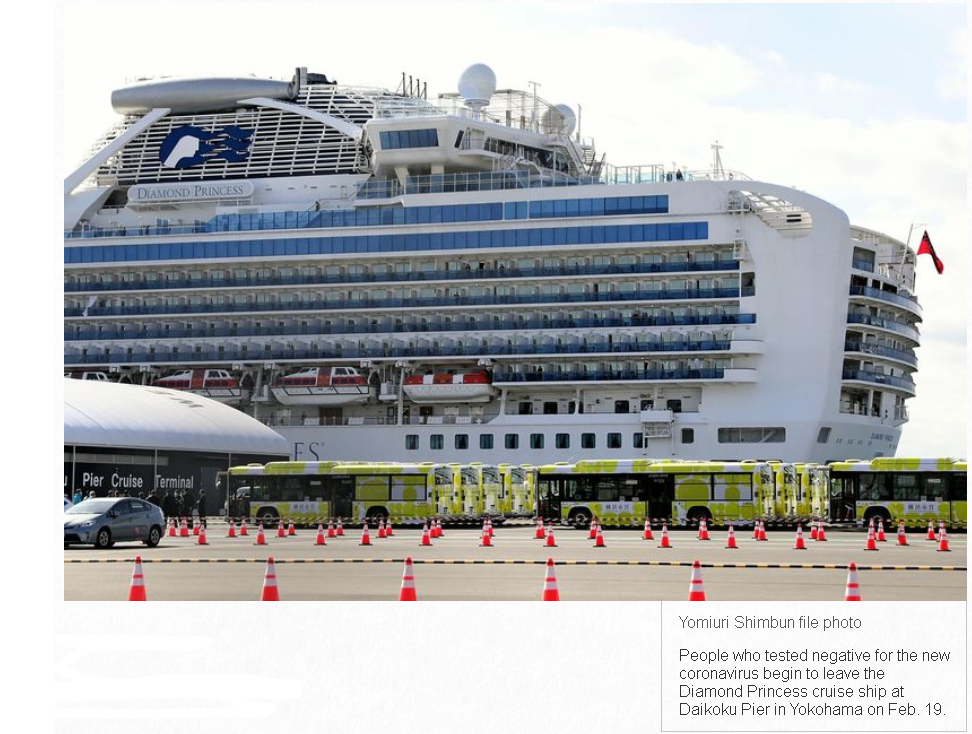 The National Institute of Infectious Diseases released its findings on Sunday from its inspections conducted on the cruise ship when it was quarantined at the Port of Yokohama.

The results show the virus is likely to have dispersed regardless of the presence or absence of symptoms. The RNA was not detected in rooms used by people who were not infected with the virus.

The RNA was detected on the floor around toilets in 13 rooms, on pillows in 11 rooms, on phones in eight rooms and on remote controls in seven rooms.

To prevent infection, the institute said it is important to clean and sanitize toilets, phones and other items used by people infected with the virus, in addition to frequent handwashing and disinfecting hands with sanitizers.