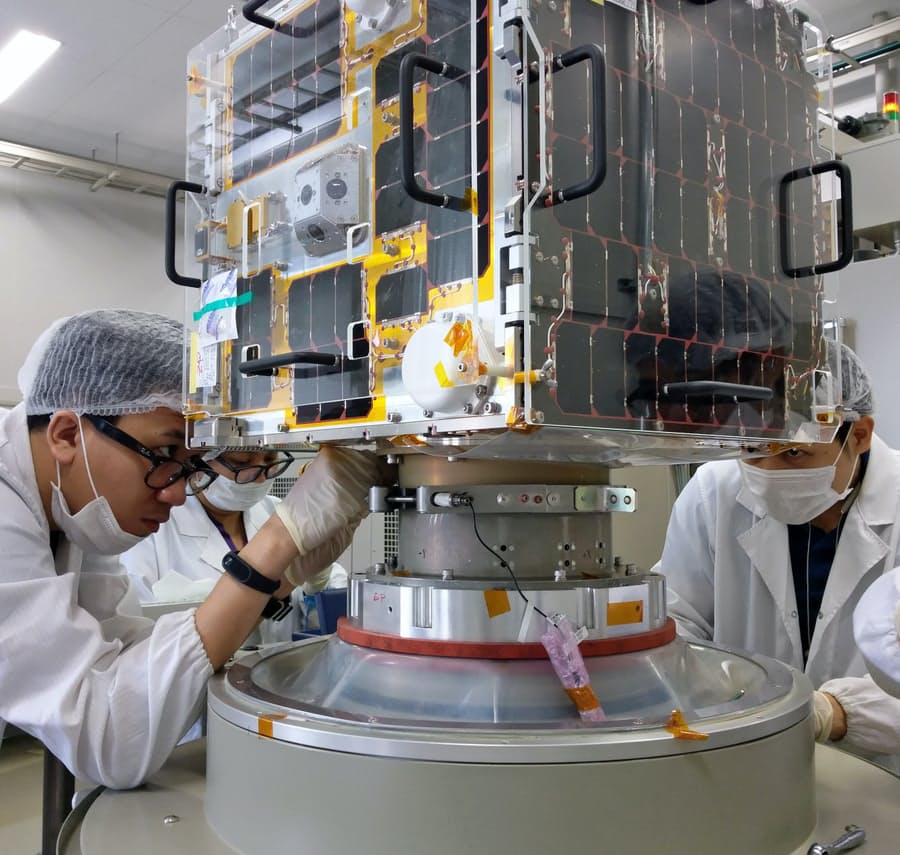 YANGON — The concept of outer space becomes more familiar to humankind with each passing year. Currently, such world powers as the U.S., European nations, Japan, and China are playing major roles in the space industry, but the potential for the use of space is also infinitely spreading to emerging Asian nations. Hokkaido University’s Space Mission Center and an Asian university are jointly analyzing image data obtained by launching microsatellites. They plan to develop the project into a platform where countries can share each other’s data by linking up their satellites.

On April 6, the Diwata-1 microsatellite launched by the Philippines entered the Earth’s atmosphere after about four years of its journey in space. The microsatellite, weighing roughly 50 kg and measuring 50cm x 35 cm x 55 cm, was the Philippines’ first domestic satellite developed by the country’s engineers and students.

The cost of developing a large satellite is several tens of billions of yen, but that of a microsatellite is only about 300 million to 500 million yen. Professor Yukihiro Takahashi of Hokkaido University’s Space Mission Center says, “Even emerging nations with little economic power can afford one and use it to solve various problems in such areas as agriculture and disaster prevention.”

For example, one of the achievements of the research projects using images taken by Diwata-1 was the detection of a disease affecting bananas which inflicts catastrophic damage on farm management. Researchers were able to identify areas where the disease was occurring by detecting light with a characteristic wavelength on diseased leaves. It would be impossible to detect the disease by walking around huge farms. So detecting the disease by using satellite images will make it much easier for farmers to deal with the disease.

The Space Mission Center will expand its activities to Myanmar in 2020. It will once again join hands with Tohoku University to accept seven students from Myanmar Aerospace Engineering University. They will develop two satellites over the next five years and launch them into space.

Myanmar has a poor road system, making it difficult to check on the growth of agricultural products and pollution by visiting actual sites by car. But satellites make it possible to observe vast areas of land from space. The Myanmar government has set up a ministerial-level committee to promote the introduction of satellite technology. The project planned for 2020 is also part of the initiative.

Professor Takahashi says: “Space has no national borders. We want to create an environment for a community that includes emerging nations to consider how to use space without being controlled by superpowers and major companies.” (Abridged)