Japan plans to support jobs in agriculture amid virus 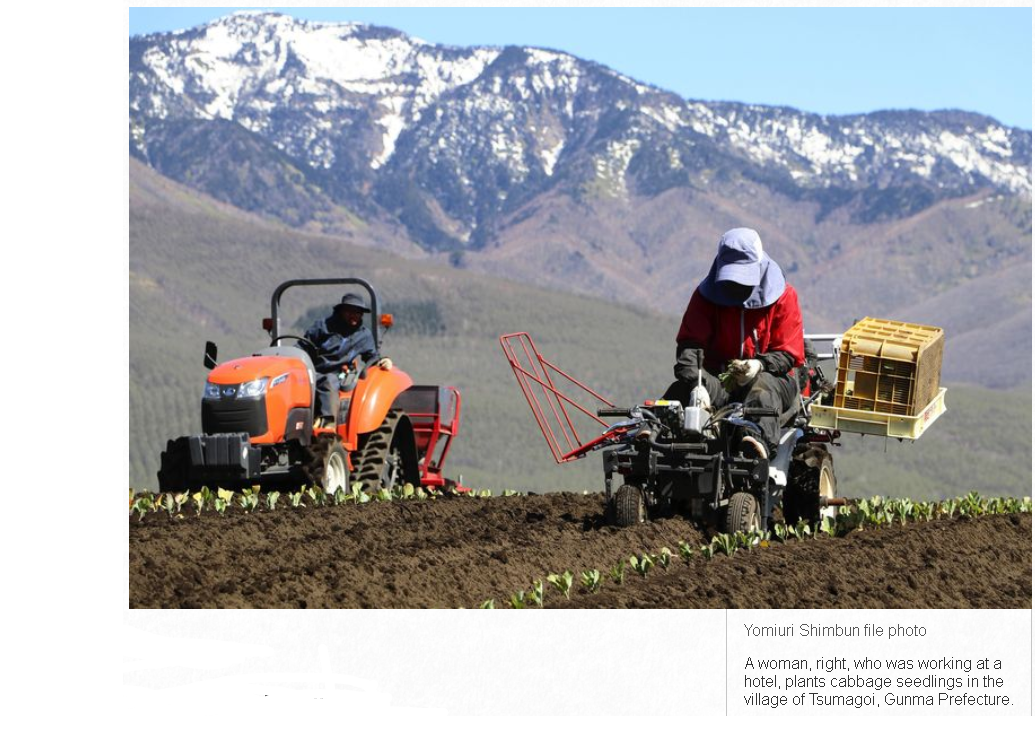 This move is also aimed at helping the agricultural sector, which has been hit by a labor shortage as the entry of foreign technical trainees has been restricted.

About 1,900 technical trainees, mainly from China and Vietnam, are unlikely to enter Japan to join the agricultural sector.

The government plans to ask those working in temporarily suspended industries such as tourism or construction to engage in agriculture. Also, new workers will be recruited extensively from students and people with farming experience, among others.

The government has included about ¥4.6 billion in the supplementary budget to provide aid in the case of hiring new workers from April 1 until the end of the spread of COVID-19, the disease caused by the new coronavirus.

A council comprising local governments, agricultural cooperatives and other entities will be set up in each prefecture to connect agricultural business operators with applicants.

As the government has declared a state of emergency nationwide and called on people to refrain from movement, it plans to target people living near farmers or agricultural corporations for the time being.

“Agricultural work is often done in the field and the so-called Three C’s [of closed spaces, crowded places, and close-contact settings] can be avoided,” said an official at the Agriculture, Forestry and Fisheries Ministry.