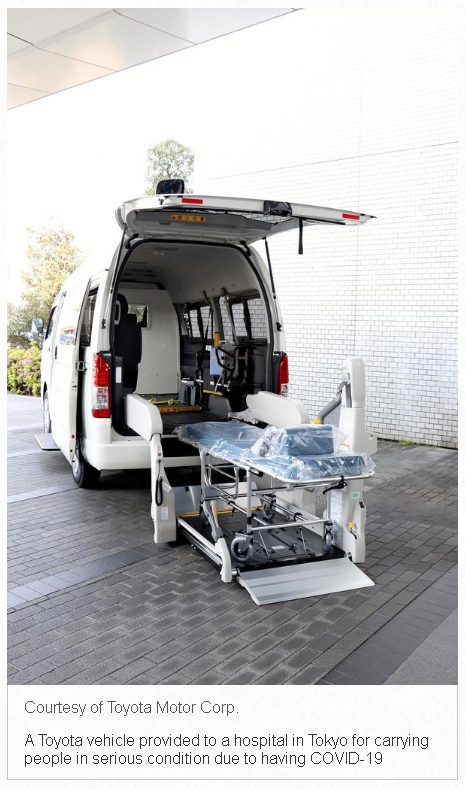 Toyota Motor Corp. is supporting the nationwide medical effort to combat the ongoing COVID-19 pandemic by providing vehicles specially equipped with barriers designed to prevent drivers from being infected.

By the end of April, the automaker had provided 12 such vehicles — Hiace vans and minivan taxis called JPN Taxis — to medical institutions and local governments, after the company outfitted them to safely transport infected people.

The Hiace model has a partition between the driver’s seat and rear seats, and has an exhaust fan to eject the air in the rear compartment.