NASA official: Noguchi may go into space as early as this year 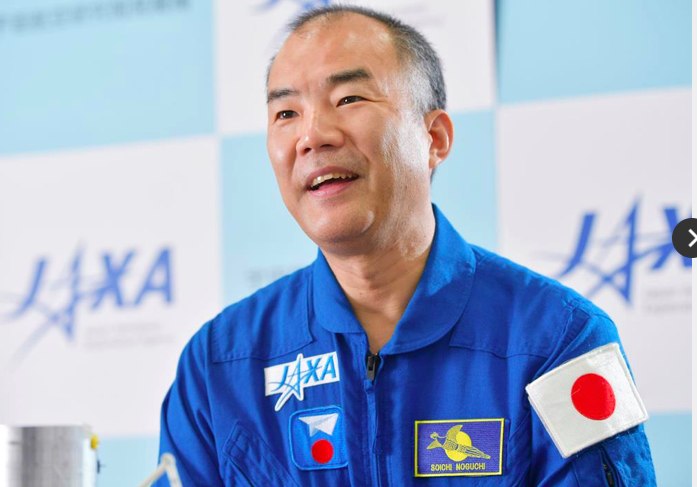 The new spacecraft’s crew Sochi Noguchi talks about his hopes and expectations as he waits liftoff-Chiyoda Ward, Tokyo（Photo by Shinji Togari)

SpaceX’s “Dragon,” a new U.S. space vehicle, is scheduled for launch sometime between September and December if all  preparations go according to plan, NASA Asia representative Garvey McIntosh told the Sankei Shimbun on May 11. One Dragon crew member is Japanese astronaut Soichi Noguchi. Mr. McIntosh also indicated that there may be an opportunity for a Japanese astronaut to participate in activities on the lunar surface in the future as part of the Artemis program, which aims to land a manned vehicle on the Moon by 2024.

Mr. McIntosh pointed out that Mr. Noguchi will be the first person other than an American to fly on the Dragon to the International Space Station (ISS). As for the date of the liftoff, the NASA representative indicated it could take place ” this fall or winter,” indicating between September and December, provided that the May 27 flight is successful. He emphasized the importance of the test flight, saying that “it will be the first manned vehicle launch from a U.S. launch pad since the retirement of the space shuttle in 2011.”

According to Mr. McIntosh, the goals of the Artemis program include “sending the first female astronaut to the Moon” by 2024 and establishing sustainable lunar exploration by 2028 in cooperation with international partners. He said that Japan and the U.S. are currently discussing such cooperation and added that there may be a possibility for a Japanese astronaut to participate in exploration of the lunar surface for the first time. “The U.S. and Japan are close partners,” he said. “I expect we will see a Japanese astronaut on the Moon.”

Mr. McIntosh said, “NASA would like to see a significant contribution from the Japan Aerospace Exploration Agency (JAXA),” citing as an example a manned lunar exploration vehicle currently under development by Toyota Motor Corp. The representative explained that the U.S. also envisions sending a manned spaceship to Mars by harnessing technological improvements achieved via the Artemis program. He stressed that the U.S. will cooperate further with JAXA on the Mars exploration program as well.