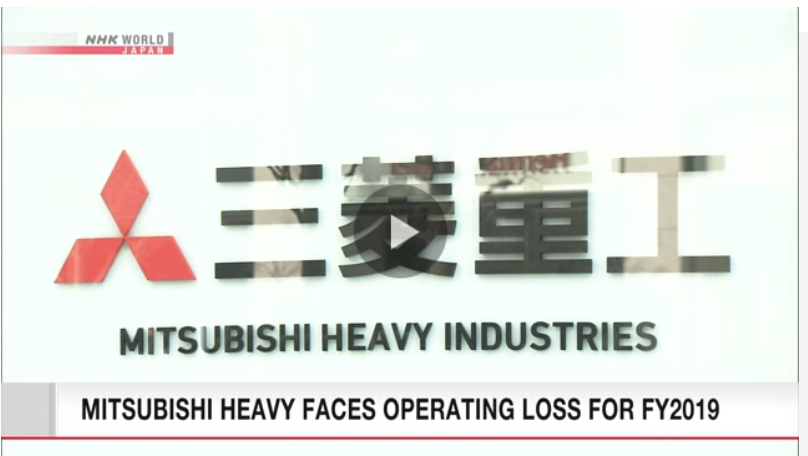 For fiscal 2019 Mitsubishi Heavy Industries has posted its first operating loss in two decades. This is mainly due to a delay in the development of the first Japanese-made passenger jet.

The company reported a loss of 29.5 billion yen, or over 274 million dollars, from business activities for the fiscal year that ended in March. This came after the firm took a loss of about 2.42 billion dollars related to the Mitsubishi Spacejet project.

The company now expects to break even for the year ending in March 2021, compared with a net profit of about 801 million dollars for fiscal 2019.

Officials told reporters on Monday that the company plans to slash this fiscal year’s budget for the Spacejet project to about 558 million dollars, about half the amount of the previous fiscal year. They also said they plan to reconsider the delivery schedule of the aircraft once again. The delivery date is currently set as early as fiscal 2021.

Mitsubishi Heavy Industries President Izumisawa Seiji said he expects the aviation industry will change significantly due to the coronavirus pandemic.

He didn’t rule out the possibility of the pandemic affecting the Spacejet business.