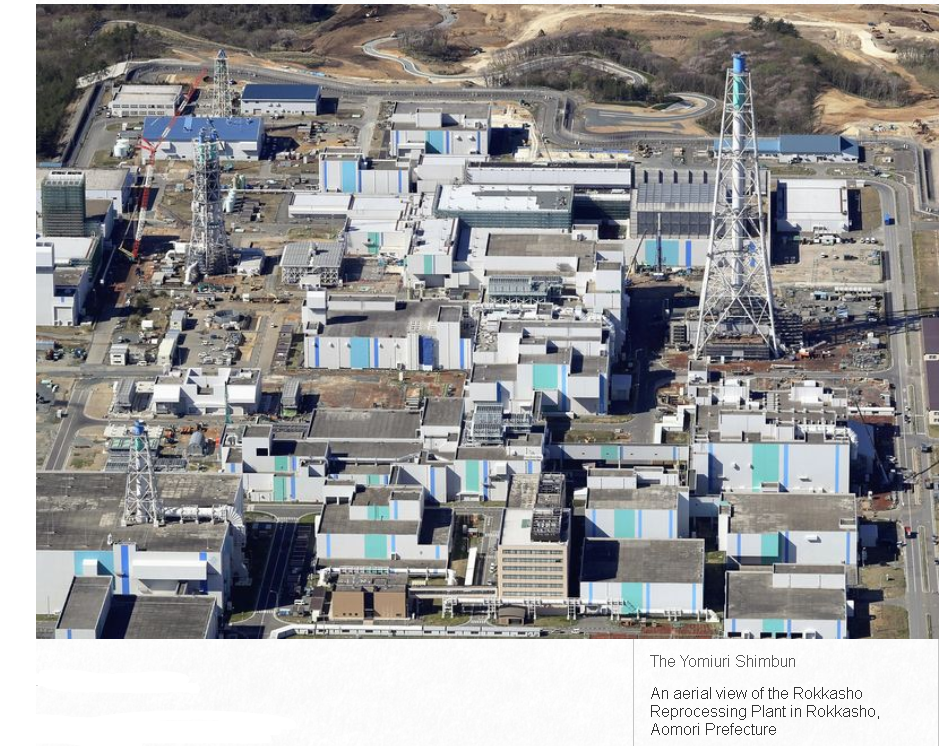 The Nuclear Regulation Authority has compiled a draft report it is expected to approve as soon as Wednesday on safety measures for the Rokkasho Reprocessing Plant, giving it a de facto certificate of safety and one of the prerequisites for its operation.

Once necessary construction work is completed, JNFL plans to start operations at the plant as soon as January 2022, with the approval of Aomori Prefecture and the village of Rokkasho. However, unlike nuclear power plants that have already passed safety tests, there are many new facilities to be constructed for the Rokkasho Reprocessing Plant, making it unclear whether the plan will be realized.

The plant began construction in April 1993 and will serve as the core facility of the nuclear fuel cycle policy to reprocess nuclear fuel used at power plants.

Since accepting JNFL’s application in January 2014, the NRA has reviewed about 80 safety measures for serious accidents and natural disasters at the Rokkasho plant. During the six years and four months of the review period, the NRA demanded that JNFL build new special tanks to prevent radioactive materials mixed with water vapor from being released outside the facility. It also ordered the company to revise the assumed length of the active Deto-Seiho Fault, which runs through the plant’s premises, from 10 to 11 kilometers, and raise the maximum assumed earthquake tremor to 700 gal.

The Rokkasho Reprocessing Plant dissolves spent nuclear fuels in nitric acid to extract plutonium and uranium. Due to soaring material costs and other issues, the completion date was postponed 24 times and the total cost increased from the initial ¥760 billion to ¥2.9 trillion.