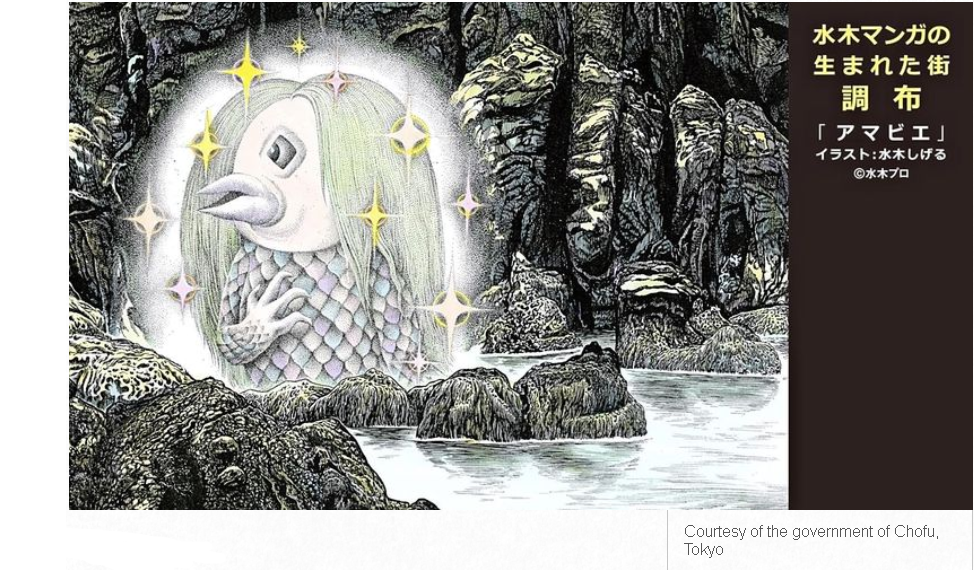 The government of Chofu in Tokyo is offering the image of Amabie, an anti-plague yokai monster drawn by the late manga artist Shigeru Mizuki, on its web site for download as a way of spreading hope for the quick containment of the new coronavirus.

Mizuki, who died in 2015, lived in Chofu for more than 50 years and produced many works during the period. He was an honorary citizen of the city.

The artist drew the illustration of Amabie for “Mizuki Shigeru no Yokai Jiten” (Shigeru Mizuki’s yokai encyclopedia) published in 1981, according to the city.

As the new coronavirus began to spread, people began to talk about the half-human, half-fish yokai thanks to the legend stating Amabie suggests before disappearing out to sea that its image be duplicated and displayed to the people when the time of an epidemic arises.

The illustration can be downloaded, and the city hopes it will be used as the background for web conferences and other purposes.