TOKYO — In a phone call with Japanese Prime Minister Shinzo Abe on Friday, U.S. President Donald Trump assured his friend that American-made ventilators would be available.

“We can send you ventilators anytime,” Trump said. The U.S. had begun mass production and succeeded in bringing down costs.

For Abe, this was a relief. Japan had struggled to ramp up domestic production. The country’s reliance on China for most of its supply of face masks left it unable to keep up with a spike in demand, spurring electronics maker Sharp to begin production.

Securing medical supplies to tackle the pandemic has become a primary concern for world leaders.

Such shortages have brought back to the fore a long-running debate in Tokyo over pulling manufacturing out of China. With the COVID-19 crisis making the economic security stakes clearer than ever, the government has begun to act. Japan’s cabinet in April earmarked 248.6 billion yen ($2.33 billion) for subsidies to businesses that move production back to Japan, covering up to two-thirds of relocation costs.

The policy has found enthusiastic support in the U.S. “It’s time to boycott the CCP [Chinese Communist Party] and build factories in America again,” Sen. Tom Cotton wrote on Twitter in mid-April.

“Amid the coronavirus pandemic, Japanese Prime Minister Abe has proposed a ‘shift away from China’ policy building an economy that is less dependent on China,” tweeted Nikki Haley, former American ambassador to the United Nations, adding that the U.S. “should make this a priority.”

Though the amount made up less than 1% of the 108 trillion yen coronavirus stimulus package, it clearly put China on guard. Beijing not only pressed Japanese authorities to explain the meaning of the measure, but also polled Japanese businesses in China on whether they planned to leave.

The Japanese government was undoubtedly desperate to avoid a repeat of the mask shortage.

But $2.3 billion in incentives is not enough to drive a meaningful shift. Beijing’s flurry of questions to Tokyo subsided.

Yet, the argument gained new life again when Chief Cabinet Secretary Yoshihide Suga, in an interview with Nikkei, stressed the need for greater self-reliance.

“Looking at masks, for example, 70% to 80% are produced in China,” he said. “We must avoid depending excessively on particular countries for products or materials and bring home production facilities for goods needed for daily life.” 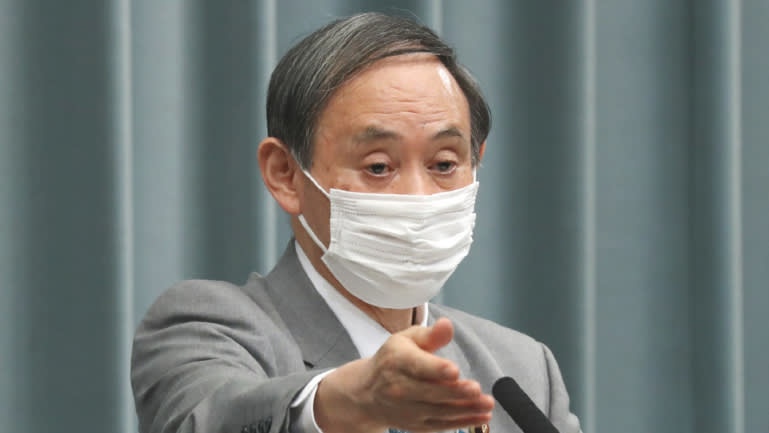 Suga has been Abe’s right-hand man and a key player in his government since Abe returned as prime minister in 2012. Suga’s remarks reflect something much broader than a temporary policy response to the current crisis.

Japan’s National Security Council established a dedicated economic team in April. A senior official from the Ministry of Economy, Trade and Industry was appointed to a new post within the council’s leadership, giving the ministry representation in a body previously dominated by the foreign and defense ministries.

The new team will lead the drafting of a basic strategy for economic security due out this year. It plans to designate pharmaceuticals and medical devices as strategic goods — taking lessons from the mask shortage — and include measures to promote domestic production and use of Japanese suppliers.

But this is not its only focus.

The Trump administration in late April tightened restrictions on exports to China of products with potential military applications, including semiconductor-manufacturing equipment and sensors. Given that part of the Japanese economic team’s role is coordinating with American agencies, including the U.S. National Security Council, this measure could shape policy in Japan.

“Stricter controls on chip exports could become a topic in the future,” a Japanese government insider said.

Japan is a global leader in chipmaking equipment and resist — must-haves for semiconductor production. The government appears to see export curbs on these products as an avenue to force China and other countries to continue cooperating with Tokyo.

For now, dealing with the coronavirus crisis is the top priority for both Japan and the U.S. But once the outbreak is under control, attention will turn to the post-pandemic landscape.

Washington’s export restrictions are part of the tough line toward China that the U.S. has taken since Vice President Mike Pence lambasted Beijing in a speech last October. The rethink of supply chains forced by the coronavirus is consistent with the long-standing American goal of limiting technology transfers to China.

And with the two powers butting heads over the origins of the virus, it is difficult to predict how the international order will shake out after the pandemic. Japan’s renewed talk of shifting manufacturing away from China could become a flashpoint between Tokyo and Beijing.