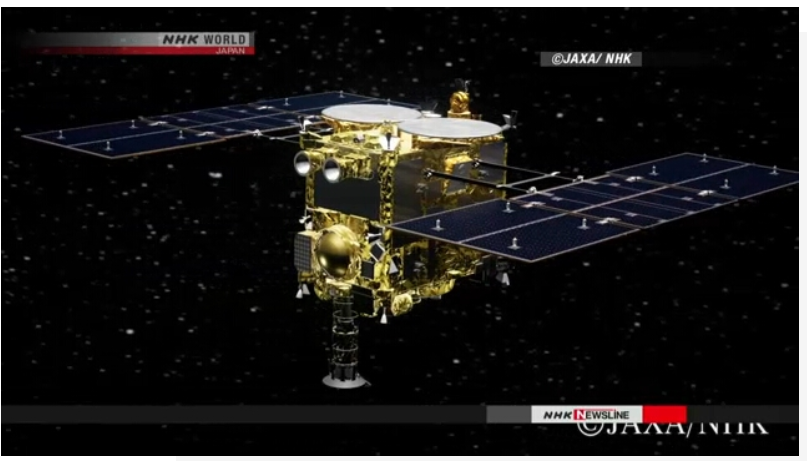 Japan’s space agency says its asteroid probe Hayabusa2 has begun its final engine thrust for its return to Earth.

Hayabusa2 operated its main engine for more than 800 hours through February after exploring the asteroid Ryugu. It’s now about 160 million kilometers from Earth.

The Japan Aerospace Exploration Agency, or JAXA, announced on Tuesday that the probe had begun its second-stage engine operation.

An operating team confirmed earlier in the day that one of the probe’s four ion engines began operating normally as scheduled.

The second operation is to continue until around September, when the probe is scheduled to be about 40 million kilometers from Earth.

Hayabusa2 is to then adjust its orbit using a positioning device and drop a capsule on an Australian desert around November or December. The capsule is believed to contain rock samples from the asteroid surface.

JAXA plans to recover the capsule and analyze its contents for possible clues to the origins of life and the solar system.