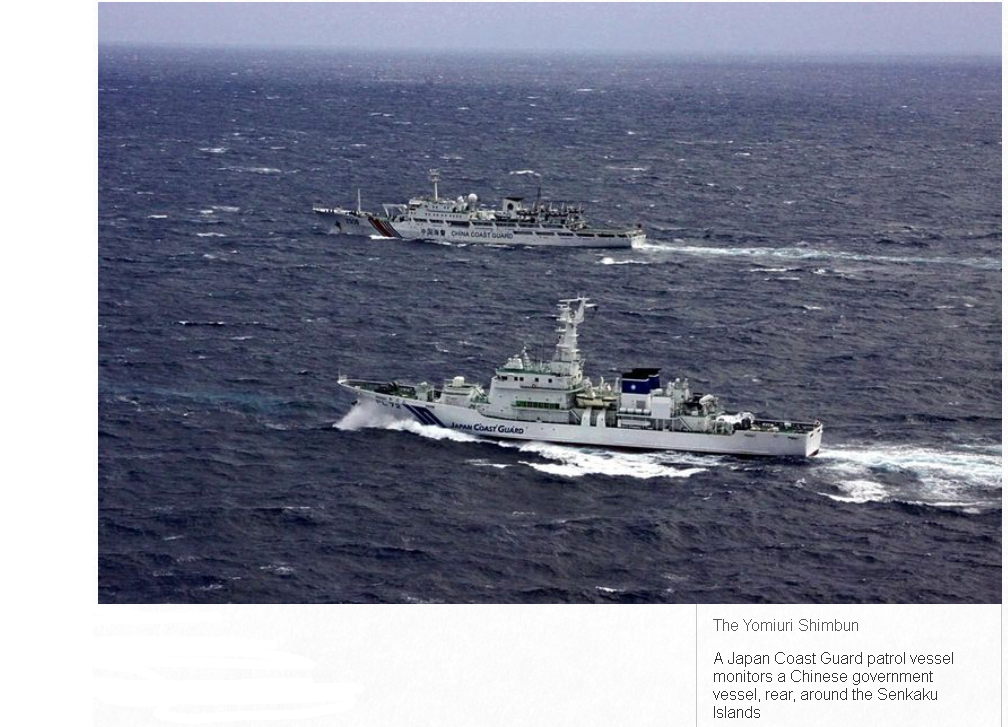 Chinese vessels sailed within the contiguous zone of the Senkaku Islands a total of 111 days between January to April, a significant jump from 74 days in the same period last year, the Japan Coast Guard has said.

According to the agency, Chinese government vessels have entered the East China Sea islands’ contiguous zone, which stretches about 22 kilometers outside territorial waters, an average of 10 to 20 days per month in recent years. However, there has been an increase since last spring, with vessels entering the zone a record 282 days in 2019. The rise has continued since January, when the spread of the new coronavirus became apparent, and up until April, Chinese public vessels had entered the zone almost every day, at 26 to 30 days per month. This month, entries have been confirmed every day as of Tuesday, pushing the frequency well past that of last year.

Invasions into the Senkakus’ territorial waters are also occurring continually. There were seven intrusions into Japanese waters between January and April and two in May. “Even in the middle of fear about the coronavirus spread, China has repeatedly approached the Senkaku Islands in an attempt to continuously enhance its presence in this area,” a JCG official said.

The government decided in December 2016 to tighten security around the islands and plans to increase the number of large patrol vessels of the Japan Coast Guard by 12 by fiscal 2023. In February, it deployed two of them to the Kagoshima Coast Guard Office. The Japan Coast Guard Annual Report 2020, issued by the agency on Tuesday, stated that the activities of Chinese government vessels were a crucial issue, but that it will “react calmly without escalating the situation.”