By Mayumi Ogawa and Rui Abiru

Prime Minister Shinzo Abe revealed his intention to lift Japan’s nationwide state of emergency for the novel coronavirus possibly on May 14, or 17 days earlier than originally declared.

In an exclusive May 7 interview with The Sankei Shimbun, the Prime Minister said he foresees an early exit in stages by prefecture. He explained that he would be guided by the analysis of the government’s coronavirus panel of experts, which is meeting on May 14 to review data, including trends in coronavirus infection counts. 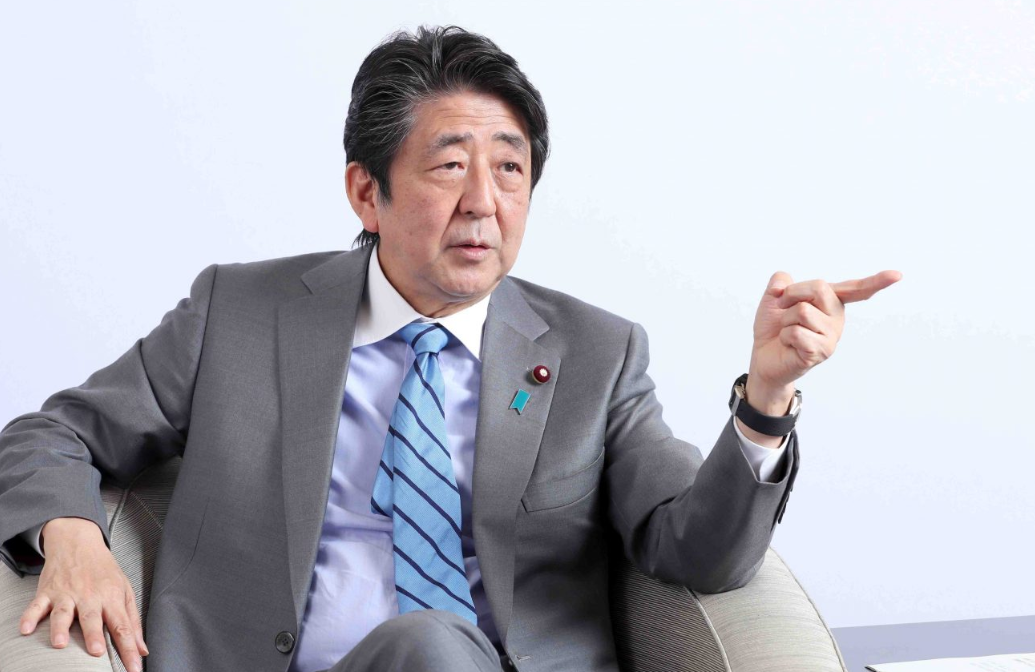 “If a conclusion is reached on May 14 in favor of lifting the declaration, I will explain to the public how the criteria for exiting the state of emergency will be applied,” the Prime Minister said in the interview.

“Even if it is not possible to end the state of emergency on May 14, I will not wait until May 31 to begin the exit process,” he added.

The state of emergency, declared exactly one month earlier on April 7 for the purpose of halting the spread of the coronavirus, is currently set to expire on May 31. Excerpts of the interview follow.

Why did the government decide to extend the national declaration of a state of emergency for the novel coronavirus until the end of May?

It’s aimed at reducing close contacts among the population by at least 70% and preferably 80%. The government requested public cooperation, and although it is not a mandatory lockdown such as in European countries and the United States with fines and legal penalties for noncompliance, it is still difficult for everyone.

We are beginning to see the public’s shared cooperation on COVID-19 measures bear fruit, and there can be no doubt that our nation is steadily moving toward convergence of the problem and solutions. Once the number of patients discharged from hospitals surpasses that of new coronavirus patients, the burden on those working for medical facilities will be reduced. We want to see this happen through further efforts. In addition, to prevent COVID-19 from spreading from one region to another, we need to curtail the flow of people from urban areas to other parts of the country.

This is why I decided to extend the state of emergency to the whole country until May 31. We need to brace for a protracted battle against COVID-19, until effective therapeutic methods and vaccines are developed. I am hopeful that a new lifestyle will take root by avoiding the “3 Cs” — confined spaces, crowded places and close contact — building a new normal pattern of daily lives with the people of Japan.

I am resolved to use the month [of May] to consolidate and strengthen the nation’s defenses against emergencies like this, including the medical system, so the country is prepared if there is another epidemic.

Is the government crafting a set of indicators to help judge when and how to lift the state of emergency?

There are several relevant criteria for judging this, such as the infection’s effective reproduction number (number of people in a population who could be infected by an individual), the medical system’s ability to provide services to COVID-19 patients, the number of new case per day, the number of patients discharged from hospital, and other factors. Naturally, I will be promptly considering these criteria, and if the experts analyze that the state of emergency can be lifted, I will do so. In that case, I will explain the criteria to the public in detail.

What is the prospect for lifting Japan’s restrictions on entry from overseas?

There are more than 3.6 million COVID-19 infections worldwide, and the circumstances in different countries can vary from hour to hour. Japan has instituted flexible border controls to respond to the changing situation. Although the number of new patients with the disease has been on the decline in the United States and Europe, their figures have remained far higher than those in Japan. Given the cumulative numbers and uncertain trends, it is not possible to say yet whether the global effort is moving in the direction of containment.

On expediting the development of Japanese drugs, vaccines

What is the current situation of the development of new therapeutic treatments and reinforcement of Japan’s coronavirus testing procedures?

The government is set to approve the clinical use of Avigan (a drug that has shown promise against the new coronavirus) later this month of May. Avigan has received high praise at home and abroad, and Japan is ready to supply the medication to more than 40 countries. We started shipping from May 7.

Another example is Fusan, a Japanese drug that has been used for years for the treatment of acute pancreatitis. The Japanese bronchial asthma medicine Alvesco is another. The antiparasitic drug Ivermectin, developed in collaboration with Satoshi Omura, Japanese winner of the Nobel Prize in Physiology and Medicine, has also been reported effective in combating COVID-19, so Japanese-developed medicines are now in increasing demand around the world.

Therapeutic drugs are of critical significance in the fight against infectious diseases, and our government is poised to make the fullest possible use of these existing medications for COVID-19 patients. Right now we have stockpiles of 700,000 doses of Avigan, for example, which we will increase to 2 million doses. We are ramping up the mass production of these drugs.

Vaccines are key to gaining control of the novel coronavirus globally. Projects for the development of vaccines are underway now at such institutions as the University of Tokyo in Japan. The Japanese government, meanwhile, is also providing funding to GAVI, an international alliance working on broadening access to vaccines in developing countries, and others for the development and international dissemination of vaccines.

It normally takes at least a year to develop a vaccine, but I understand that therapeutic trials for immunizing humans against COVID-19 could begin as early as this autumn.

We have an antigen test to determine the presence of antibodies in the system, which can be conducted simply and produce findings in about 15 minutes. But its accuracy is problematic, and therefore experts advise using it in combination with PCR (polymerase chain reaction) testing to determine whether a patient has the active presence of COVID 19. Antibody testing is especially useful to grasp the overall picture of coronavirus infections in the population, so we want to carry out epidemiological studies to understand the disease, paying due consideration to the accuracy evaluation of antibody testing kits.

On criticisms of the government response

How do you respond to the considerable criticism of the government in dealing with the coronavirus?

I wish to express my deepest sympathies for the more than 500 people in Japan who have lost their lives because of the virus. Everyone has had to endure a wide variety of inconveniences and been unable to do what they want. I believe there is great concern driven by economic anxieties and the future outlook of their jobs, as well as what life will be like from now on.

There are no model solutions to the issues caused by the coronavirus. Under the circumstances, it is quite natural for there to be criticism and dissatisfaction with whatever the government tries to do. In response, I must sincerely listen to the voices of the public and do my best.

Meanwhile, I deeply appreciate the many people who have made fact-based assessments of the government response. Considering the massive death tolls in Europe and the United States, I am very grateful to the public for their cooperation, which has allowed us to limit the deaths and other damage from the coronavirus. Although the number of deaths in Japan is a serious matter, the level is considerably lower than figures in Europe and the United States.

I would like to continue to do my best to alleviate the crisis-caused problems, with a sense of humble confidence in what we have achieved, collectively, in collaboration with the Japanese people.

The first wave of the new coronavirus arrived in January from China. Ahead of any other countries, our government hammered out steps to restrict entry into Japan from those who had been in Hubei province, China. We appear to have succeeded in suppressing that first wave thorough cluster management of group infections.

The group infection of more than 700 people aboard the Diamond Princess cruise ship necessitated unprecedented measures to cope with the infection, including how to manage the individual guest rooms of passengers. Ultimately this led to what experts have determined was basically elimination of the vessel’s coronavirus.

In March, however, a second wave of COVID-19 came via Europe and the United States. This time it spread widely through the country as people were caught off guard due partly to consecutive national holidays. For this reason I think it became clear that criticism against the government for belated restriction of entries from mainland China was quite wide of the mark.