Interview: Shinzo Abe on economic aid, crisis management in the face of COVID-19

By Mayumi Ogawa and Rui Abiru

In an exclusive interview with The Sankei Shimbun on May 7, Prime Minister Shinzo Abe discussed the wide ranging-challenges the government had faced as it worked to guide Japan through the new coronavirus pandemic.

In Part 1 of the interview, the Prime Minister discussed the emergency measures, health challenges, and medical innovations the government had employed in this battle. He also reflected upon lessons learned about emergency preparedness.

In this Part 2 of the interview, Mr. Abe explains the government’s strategy of using economic measures to help individuals as well as small and medium enterprises pull through this pandemic. He points out the need for institutional reform, including constitutional revision, for the country to be better prepared for future epidemics and disasters. 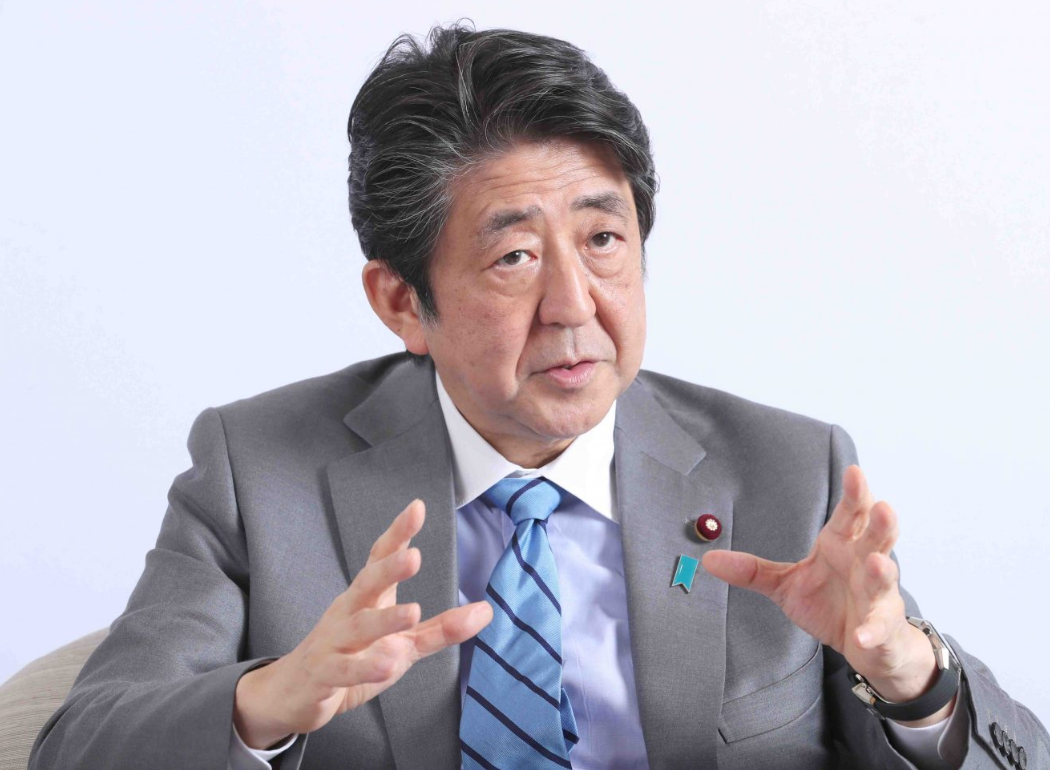 Mr. Abe recounts that, throughout all of this, his determination to resolve the cases of Japanese citizens abducted by North Korea has not wavered. He finishes with a comment about the prospects for a general election later in 2020. Excerpts follow.

What is the aim of providing up to ￥2 million JPY to sustain small and medium enterprises?

A sense of urgency has been considered of the utmost importance. It is a difficult time for everyone, and many businesses have a desperate need for cash on hand in the face of these extremely harsh conditions. It is important that we maintain a sense of unity as a nation to overcome this crisis together, and therefore ¥100,000 JPY ($930 USD) will be provided to each member of Japanese society.

We have set up over 1,000 consultation centers to help support small and medium businesses nationwide that have been gritting their teeth trying to get through the crisis. Local governments are now accepting online applications for the aid from businesses in their jurisdictions, placing priority on reducing the red tape and document requirements for the applications as much as possible.

The simplified requirements have made the application procedures go much more smoothly. The cash deposits are being delivered based on the belief that human nature is fundamentally good, assuming there will be no abuse of the cash allowance scheme.

We expect to deliver cash benefits to more than 20,000 business applicants on May 8 alone, worth more than ¥25 billion JPY. We have paid benefits to individuals in the past, but this is the first time that cash relief has been provided for enterprises.

Japan’s arrangements this time have been often compared to those of Germany, but the German system covers only small businesses with 10 or less employees, and the value of the allowances is set at a maximum ¥1.8 million JPY (about $16,750 USD). In the case of Japan, we are providing a maximum ¥2 million JPY for small and medium enterprises (about $18,600 USD).

We also opened the window for applications from businesses for special government loans that are virtually interest-free, with no security requirement and deferred repayments for up to five years. As a result, we’ve executed government loans for around 200,000 enterprises in just over a month, with a combined worth more than ¥3 trillion JPY (about $28 million USD).

Are there any additional economic measures?

We are looking into options for providing rent support for small business operators, under the leadership of Fumio Kishida, chairman LDP’s Policy Research Council. I want to take a close look and give good faith consideration to their results.

As for whether we go forward with additional government subsidies to help stabilize the employment situation, we are aware of the voices of concerns among the public about the procedural complexities this would involve. At the same time, we are also considering the option of increasing the amount of employment subsidies.

Also, we are giving urgent consideration to the proposal of adopting what is called “deemed unemployed benefits,” such as we apply in the case of extreme natural disasters. In addition, I believe the government must work with due speed on support measures for students relying on part-time work who are experiencing great difficulty.

Finally, we would like to consider options to support small and medium-sized enterprises, which are the pillars of the local economies.

How do you respond to the criticism that coronavirus countermeasures and cross-linked economic packages have not been backed by adequate expenditures from the government?

I think the discussion about government support measures is not just about macroeconomics, but it also about what it actually does for those who receive the aid. What is of real importance is not whether the programs are funded directly from government coffers, but whether they will produce financial support for the people and businesses who need cash on hand.

How should the system for coping with infectious diseases be bolstered?

All ministries and agencies of the government must work as one to pull through this global pandemic. Boosting the government’s organizational strength for that purpose should be considered one of the most important goals in steering the country. Our government is intent to draw lessons from our response to the pandemic, and to thoroughly review the nation’s crisis management systems to enhance their adequacy.

Is constitutional revision necessary to incorporate articles on national emergencies?

People who oppose constitutional revision always say, “Now is not the time.” Now it is not an issue of time, but a matter of necessity.

Under the existing Constitution, the only provision on emergencies has to do with calling an emergency meeting of the House of Councilors (upper house). What are the roles of the state and the public for protecting the lives of people and providing for public security, and what steps are needed to help the nation overcome a national crisis?

How should these matters be addressed in the Constitution? It is the duty and responsibility of every member of parliament to give these questions serious consideration.

What should be done if a national emergency strikes this country just before the Diet term ends and tenure of members expires? There are a number of issues like these that can only be dealt with by revising the Constitution.

Has there been a change in your determination to resolve the abductions [of Japanese citizens by North Korean agents]?

Kayoko Arimoto, the mother of one of the abduction victims, Keiko Arimoto, passed away recently. While I served as secretary to my father, the late former foreign minister Shintaro Abe, Ms. Arimoto, along with her husband, paid a visit to our office, saying, “Our daughter Keiko seems to have been abducted by North Korea.” I have closely associated with the Arimotos for the many decades since then.

When I became prime minister for the second time (in December 2012), I remember the Arimotos expressed hope that it would lead to the chance to meet their daughter again. The fact that I could not realize the couple’s wishes is a matter of extremely painful regret for me.

While world leaders have all been doing their utmost to respond to the challenges of the novel coronavirus, I have also continued my efforts to meet with Mr. Kim. I am determined to use all possible means through various channels and will not miss any chance to meet Chairman Kim. Of course, I will act boldly whenever an opportunity arises, while closely collaborating with the United States in the quest to find a resolution.

During the May 4 meeting of the government’s coronavirus countermeasures task force you were reported to have made a remark about the possible “expiration of the tenure of office” of members of the Lower House. Can this be interpreted as hinting the possibility of your plan to dissolve the low chamber for a general election?

Has that come as a surprise to members of the Parliament (laughs)? However, I have not thought about it at all. I have been devoting my full energy and attention instead to doing my best [in addressing the challenges caused by the coronavirus].