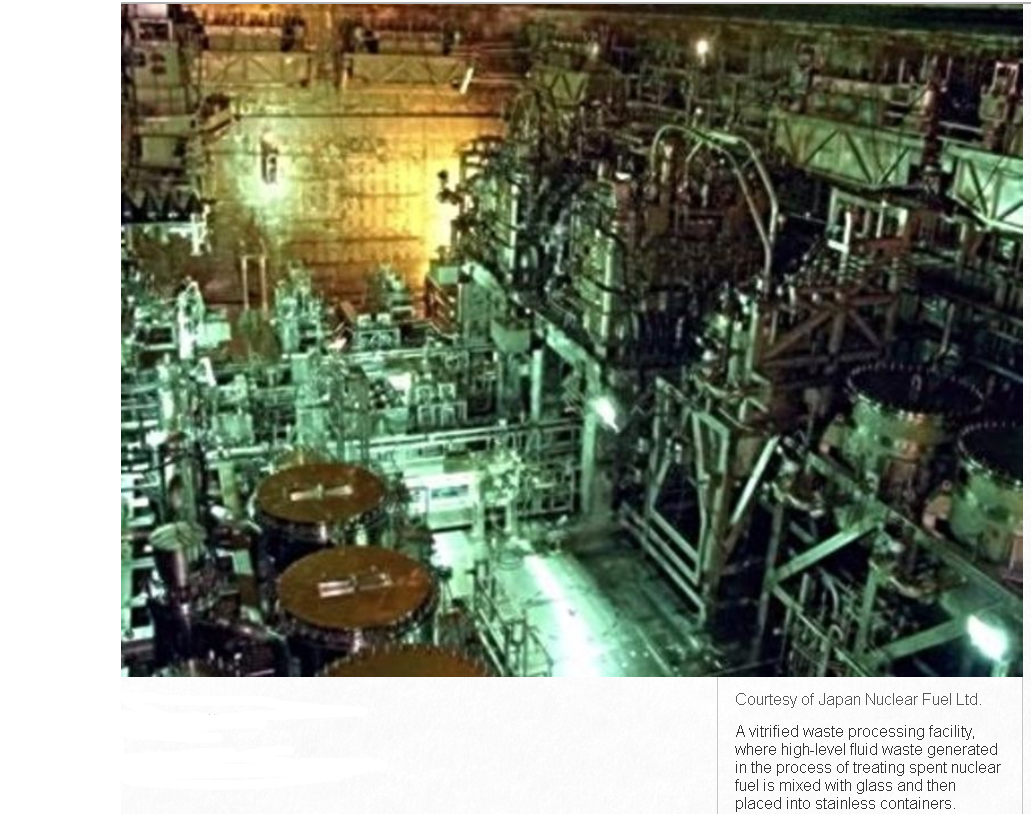 Although progress has been made in the procedural steps toward its operation in the future, it is difficult to form a clear and concrete view as to when the construction of the plant — in Rokkasho-mura, a village in Aomori Prefecture — might be completed.

As the development of other facilities related to the nuclear fuel cycle has not been progressing as planned, the current situation can be reckoned as being just halfway toward the ultimate realization of the policy.

“I think [the screening] will take a tremendous amount of time unless we coordinate views with JNFL well in the days ahead,” NRA Chairman Toyoshi Fuketa said during a Wednesday press conference, held after the NRA approved the safety measures at the fuel reprocessing plant. He spoke about the prospects of the relevant facilities, while looking back on its screening of the processing plant, which lasted for over six years, starting from January 2014.

When examining a nuclear power plant’s safety measures, the authority’s approval of the screening documents means that the procedures needed for its operation have passed the most important stage. In the case of the nuclear fuel reprocessing plant, however, there are a number of unprecedented, original facilities, making it likely that the screening of their safety measures, scheduled to be held in the future, and also the construction work itself, will see rough going.

A surfeit of fuel?

It is also difficult to foresee when the nuclear fuel cycle can be realized. Under the policy, a “fast reactor” will be developed, which will efficiently produce energy with mixed oxide (MOX) fuel of uranium and plutonium extracted — through reprocessing — from the nuclear fuel used at an ordinary nuclear power plant. The policy also envisages the promotion of “pluthermal power generation,” with MOX fuel to be used at existing commercial-use nuclear reactors.

However, as the continued or resumed operation of other nuclear plants will create still more spent uranium fuel, it is an open question whether all of it can be reprocessed within 40 years, the envisaged operational life of the reprocessing plant.

Also yet to be decided is where high-level radioactive waste, to be generated in the process of reprocessing, will be disposed of.

Among those key nuclear cycle facilities, besides this reprocessing plant, NRA screening has been progressing only JNFL’s MOX fuel plant. The fast breeder reactor Monju, used for research by the Japan Atomic Energy Agency, was forced to be decommissioned due to a huge amount of faulty maintenance checks of the reactor and other parts, leaving the development of a fast reactor at a standstill. The number of commercial-use nuclear reactors that are capable of pluthermal power generation remains only at four.

The challenge lies in the presence of reprocessed plutonium. The amount of plutonium reprocessed abroad and stored either in Japan or abroad stood, as of the end of 2018, at 45.7 tons. The Japan-U.S. nuclear energy agreement, which covers the supply and storage of nuclear materials, was extended automatically in the same year, and the Japanese government set forth a policy of reducing the amount of plutonium. But foreign countries, on the alert for the conversion of plutonium into nuclear weapons, are turning a critical eye toward Japan.