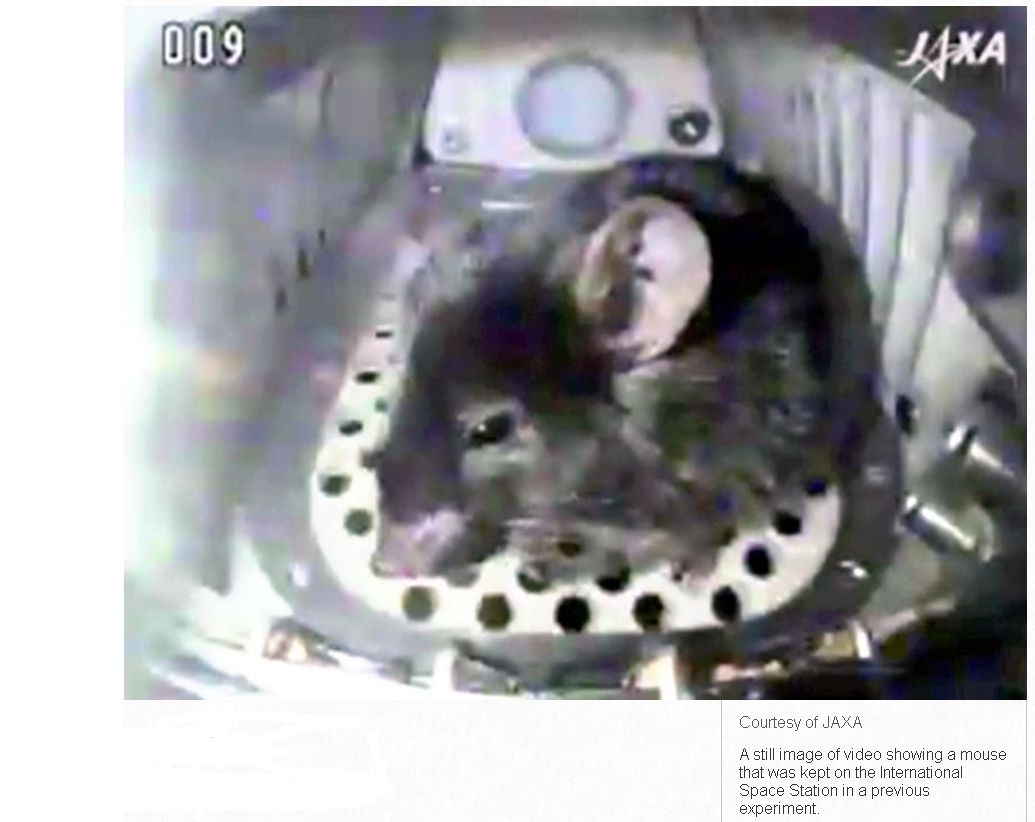 The Japan Aerospace Exploration Agency (JAXA) and the U.S. National Aeronautics and Space Administration (NASA) will conduct a joint experiment to observe mice aboard the International Space Station (ISS) around 2022 for about one month.

The goal of the study is to help astronauts maintain their health while spending long periods of time in a low gravity environment, in preparation for future space missions such as U.S. lunar exploration, which Japan plans to take part in.

It is known that astronauts on the ISS who spend a long time in microgravity have weakened bones and muscles and enlarged hearts. However, certain details still remain unclear, such as at what degree of gravity would it begin to affect a person’s health.

In the experiment, mice will be sent to the ISS and will be kept in cages, which will be rotated to apply centrifugal force to create four types of gravitational environments, including lunar gravity — about one-sixth of Earth’s gravity. The mice will then be sent back to Earth on a supply ship to be examined for any changes to their health.

At this time, 24 mice will be sent to the ISS, the largest number since a mission of this kind has been launched.

The Japanese government announced last October that it would participate in the U.S. Artemis Program to send astronauts to the moon, which is scheduled to land in 2024. The United States also plans to explore Mars in the future.