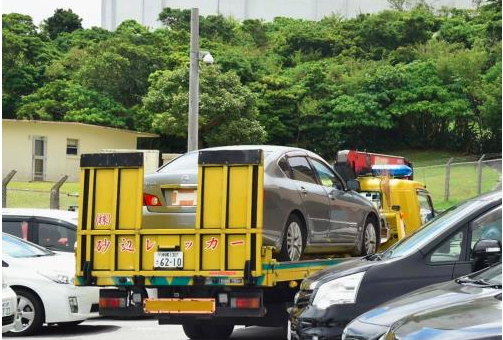 The cash stolen in the recent robbery in Chatan Town was found at the two suspects’ residence on Kadena base, and the U.S. military police, who conducted the search, have seized the money, the Okinawa Times learned on May 16 from those involved in the investigation. It appears that some of the money had already been spent.

[On May 12] two men, who appeared to be affiliated with the U.S. military, entered a currency exchange shop in Chatan Town and stole about 6.9 million yen in cash.

One of the two men who were arrested by the U.S. military as suspects in the case underwent questioning by the Okinawa Police on a voluntary basis on May 15-16. The two suspects reside on Kadena Base. One of them is an Army soldier, and the other is a civilian employee. They are now under the surveillance of the U.S. military police.

The Okinawa Police performed the voluntary investigation without requesting the U.S. military to hand over the two suspects. They plan to file criminal papers on charges of robbery as soon as the suspicions are finalized.

In the case of crimes committed by U.S. military personnel or civilian employees while they are off duty, the Status of Forces Agreement (SOFA) stipulates that suspects remain in the custody of the U.S. military until the Japanese authorities issue a formal indictment if the U.S. military has already apprehended the suspects.

If the incident is deemed by the U.S. military to be a “vicious crime,” however, the suspects may be transferred to the Japanese authorities prior to indictment. This robbery incident is thought not to fall under that category so it looks like the suspects will be handed over to Japan after indictment.