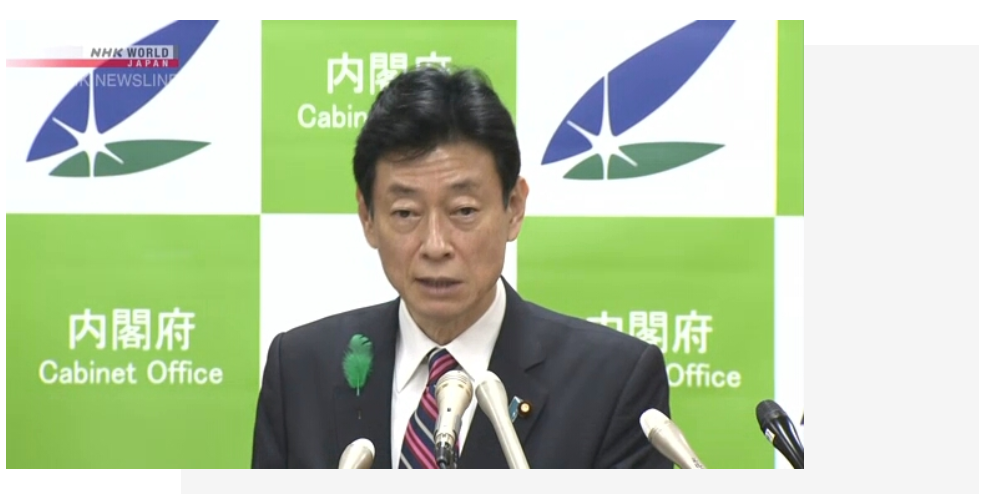 Japanese Economic Revitalization Minister Nishimura Yasutoshi has said the economic impact of the coronavirus pandemic is expected to worsen, following the announcement that the country’s GDP has plunged two quarters in a row.

Nishimura spoke to reporters on Monday. He said there has been considerable impact as economic activity has been limited by efforts to contain the spread of the coronavirus.

He said figures for April and May, after the state of emergency was declared, are likely to decline. He said the economy is expected to slump further as other countries continue to suffer from the pandemic.

On additional measures planned in the second extra budget for this year, Nishimura said he wants to create a framework that will protect businesses, employment and people’s livelihood, and save Japan’s economy no matter what happens.

He said the measures should be bold, as he had heard the desperate voices of citizens and businesses.