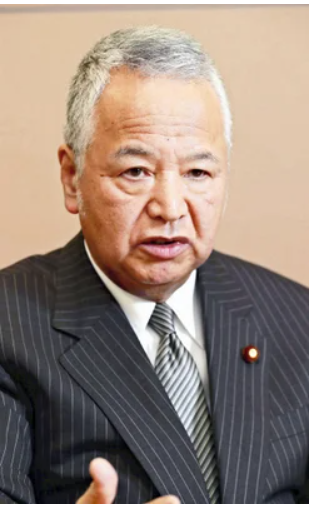 Question: How do you see the current economic security situation in Japan?

Akira Amari: In a word, Japan is too “easy-going.” Japan has had virtually no awareness of economic security.

China is strategically using economic measures to force other countries to comply with its wishes. Economic sanctions such as export restrictions on rare earth metals are typical examples. China also devalues companies in other countries by stealing their sensitive technologies through whatever means possible. These measures are called “economic statecraft.”

Further, the military and civilian sectors are not just “cooperating” but are “integrated” under the Chinese government led by Xi Jinping. Private sector researchers are working as one with the military. The country has gone beyond diverting civilian technologies to military use and has mapped out a policy for the military and civilian sectors to join hands from the start to develop technologies. For this reason, the military’s researchers are affiliated with Chinese universities and research institutions, and they are stealing advanced technologies from foreign countries through joint research projects. The U.S. and Australia have been quick to address the issue, but the Japanese government is failing to do so, let alone Japan’s companies and universities.

Q: Japanese universities are being targeted.

In Japan, however, the Science Council of Japan, the body that represents scientists, says the government should provide funds for research projects but not interfere in them at all, citing “academic freedom.” This means that Japan currently has no means to prevent research results from being used by China in its military technologies.

Q: The government launched an economic division at the National Security Secretariat (NSS) in April.

Amari: The LDP legislators’ group for rule-making strategies, which I chair, proposed to the government last May that a “Japanese version of the U.S. National Economic Council (NEC)” be established and tasked with overseeing strategic diplomacy and economic policies. The NSS’s economic team assumes the role of the Japanese NEC, including the management of sensitive technologies. The Japanese government now finally has a unit capable of overseeing both economic security and economic policies.

Q: How do you think Japan should conduct itself amid the intensifying competition for technological hegemony between the U.S. and China?

Amari: We should not choose between the U.S. and China but discuss in which areas we can cooperate with China. We can join hands with China for the mass production of goods using technologies which are already publicly available. But if we share with China technologies that are fundamental to security, they will certainly be diverted to military purposes.

Q: What actions should Japan take?

Amari: The aim of managing sensitive technologies is to ensure the safety of the Japanese people. It is critical that specific laws be created to give a legal foundation for economic security. The laws should be on a par with those of “average nations” and not restrict human rights.

The current patent system discloses even the technologies where Japan excels. Japan should consider introducing a “secret patent” system to keep some sensitive technologies private, like other countries do.

Japan should also swiftly introduce a “security clearance” system where access to sensitive information is restricted to only individuals who have passed a background check and are deemed to pose no risk of leaking information. Almost all countries that have sensitive technologies have such a system. If Japan does nothing to change the status quo, its companies and universities will be the first to be removed from joint research projects on cutting-edge technologies and to be left out of the international community’s research activities.