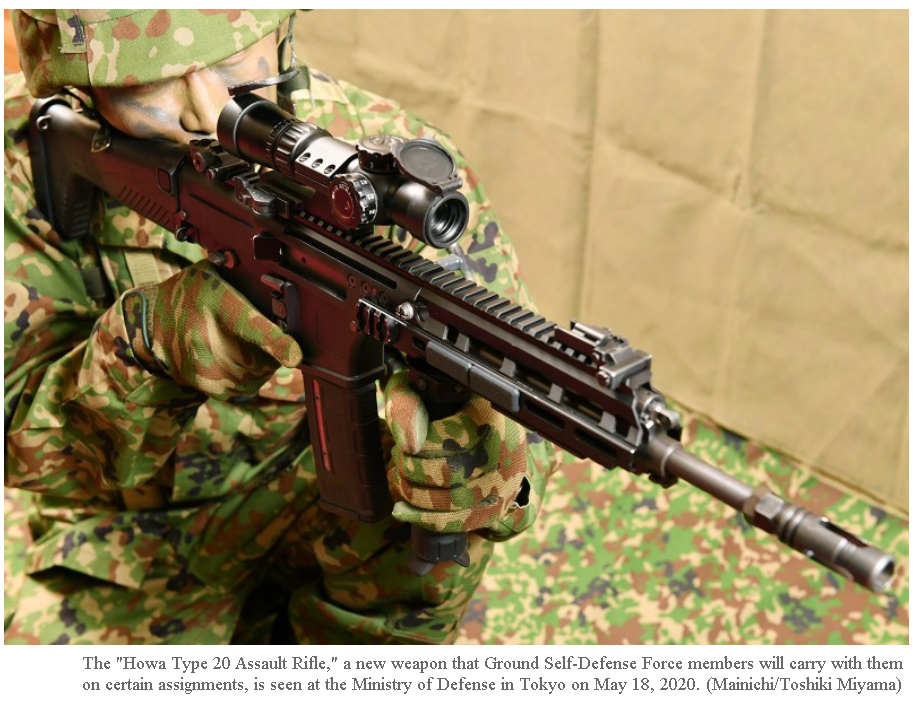 TOKYO — Japan’s Ministry of Defense revealed to the media on May 18 new weapons that Ground Self-Defense Force (GSDF) members will carry with them on certain assignments.

The “Howa Type 20 Assault Rifle” is manufactured by Howa Machinery, based in the Aichi Prefecture city of Kiyosu, in central Japan. The national government has allocated a budget of 900 million yen to purchase 3,283 rifles for deployment from fiscal 2021.

The “SFP 9” pistol is made by German manufacturer Heckler & Koch. A total of 323 pistols, costing about 20 million yen, will be carried by commanders on certain assignments from fiscal 2021.