Japan should manage advanced technology together with U.S., U.K.: expert 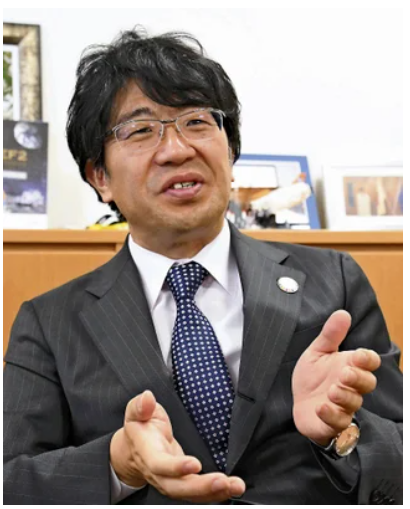 [The following is an interview with Atsushi Sunami, executive director of the Sasakawa Peace Foundation.]

Question: Why are countries competing for technological hegemony?

Atsushi Sunami: The ability to resolve conflicts by waging war was a principal element in classical geopolitics. But the development of science and technology has allowed “new domains” such as cyberspace and outer space to play a key role in national security. That is why “hybrid warfare” (which combines military and nonmilitary means) is occurring and countries are fighting for national interests in “gray zones” that do not lead to contingencies.

Under these circumstances, countries are required to strategically maintain advanced technology in peace time as a means of securing national interests and that makes technological hegemony very important. Greater importance has been attached to national strategies on advanced technology and materials that support it.

Q: What is your view on the confrontation between the U.S. and China?

Sunami: Since its foundation, China has consistently defined a superpower as a country that excels in advanced technology. The country has absorbed global cutting-edge technology more avidly since Deng Xiaoping opened the country up to the world.

Meanwhile, the U.S. is feeling a deep sense of crisis over China and trying to sever China’s ties with other countries.

But China has nurtured young science and technology specialists and appears to have built enough of a base for the country to evolve. Even though China will be forced to withdraw its “Thousand Talents Program” of inviting scientists from overseas in the wake of criticism from the U.S., China is likely to take the path of developing its own technology and creating original products.

Q: How will the new coronavirus outbreak affect economic security?

Sunami: I think the pre-corona trend that I have just mentioned will be accelerated. The fight for hegemony between Washington and Beijing did not bring the economy to a complete halt, but an infectious disease has actually caused the economy to grind to a halt. I believe countries will be very sensitive to the risk of global supply chains going forward.

The outbreak also brought home to Japan that its dependence on China and other specific countries and regions for the supply of face masks led to its failure to provide the public with enough face masks. Companies also must have realized that they need to think about supply chains in terms of not only the principle of economic efficiency but also other factors.

It is crucial to regularly engage in strategic diplomacy that enables Japan to secure necessary items even under abnormal circumstances. Everyone must have felt the significance of always thinking about economic security.

Q: What kinds of strategies does Japan need?

Sunami: Japan should utilize the intelligence that financial institutions and other private sector entities possess, and cooperate with universities and national research institutions that have advanced technologies. At the same time, the country should seek to be added to the “Five Eyes” group to make it the “Five Eyes plus Japan.” It will be important to communicate not only with the U.S. but also with Australia and Canada more often in the advanced technology field and then to consider how to build a relationship with China.

The Japanese government set up an economic team within the National Security Secretariat (NSS). But the current system can only perform limited functions for collecting and analyzing intelligence necessary to guide policymaking. Japan needs to expand these functions and make them more effective by extending its network of allies and establishing various partnerships with other countries.

It is important to carefully manage sensitive technology when joining hands with the Five Eyes. Since the development of advanced technology is extremely costly, joint development will become commonplace.

If Japan’s technological management is not trusted, the important parts of relevant technology will be black-boxed when they are delivered to Japan and that will prevent Japan from really engaging in joint development programs.

Also, by joining the community of the Five Eyes, Japan can become involved in the establishment of rules and technical standards for the social implementation of advanced technology.

Cooperation with China and Russia will come in sight after Japan forges a solid footing. The Five Eyes plus Japan is necessary for Japan to do business with the world from a position of responsibility and thrive in the global economy.